For decades, Ontarians have been drawn to the South Georgian Bay area by its beautiful waters and famed escarpment landscape. For residents and wildlife alike, its hills and forests are a critical part of the region we call “home.”

But in recent years, amidst a surge in urban expansion, the celebrated natural spaces have come under threat and are at risk of being replaced by megadevelopments. Projects proposed by big money developers would see forests replaced by subdivisions, and trails replaced by driveways.

In The Blue Mountains, a major North American developer is planning to replace 1,500 acres of forests with 1,600 houses, 300 hotel rooms, and 54,000 square feet of retail and commercial space along the brow of the escarpment, while an investment firm has plans to develop escarpment lands in Grey Highlands. If completed, these projects will eliminate some of the largest remaining unprotected natural spaces in the region and destroy the habitats of the wildlife that they support. These developments would never be allowed if started today – the decades-old plans have survived because of grandfathered planning decisions.

With so much at stake, the Escarpment Corridor Alliance (ECA) was created to stop irresponsible development and advocate for a sustainable future. Building on years of work by community leaders, we’re calling for community-led planning and requesting an ambitious approach to conservation.

Wildlife corridors have been established in countries around the world to support conservation, biodiversity, and protect natural spaces in a meaningful way. Corridors are critical for the long-term survival of plant and wildlife species amidst rapid habitat loss.

Maintaining connectivity in the Escarpment Biosphere, and particularly along the brow and prominent slopes is critical to maintaining biodiversity and assisting with the ecosystem’s adaptation to climate change. The area’s UNESCO designation could be at risk if we do not maintain the required conditions.

Working with local groups including environmental organizations and recreation clubs, the ECA has proposed a plan to connect existing and proposed protected parklands as well as encourage private landowners to consider conservation options – with the end goal of creating a community-created corridor.

While we’ve made significant strides towards our goal, we will still need support from all levels of government to make it a reality. Elected officials from municipal councils, the province, and the federal government each have a role to play in advancing these ambitious but important plans. Councillors are critical to supporting smart planning decisions and preventing irresponsible developments. They have a responsibility to balance their community’s housing needs and economic growth with long-term sustainability, and we will gladly support their efforts to do so.

At the provincial and federal levels, legislators set the direction for major decisions and can advance conservation efforts. As part of their efforts to address climate change, they can facilitate landmark projects including the creation of new provincial and national parks, enact legislation to protect natural spaces, and fund critical conservation work.

Like so many areas in Ontario, the South Georgian Bay region is at a crossroads, where our community must decide on a plan for its future. Taking lessons from many of the successful corridor projects around the world, in an area so rich with natural beauty and biodiversity, we can balance development and economic goals with sustainable environmental policy to create a conservation economy.

We’ve been encouraged by the elections of conservation-minded representatives in the region in recent years and will continue to support their efforts to protect the region’s rare natural features. It’s clear that residents deeply value our region’s natural spaces, and our officials are taking note.

Through smart planning, we can satisfy the housing needs of our communities while preventing the unnecessary destructions of natural heritage, wildlife habitats and recreation spaces. It doesn’t have to be one or the other – with vision and community participation, we can have both. 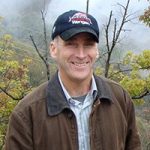 Mike Robbins is a long-time resident of the Town of the Blue Mountains and a Board Member with the Escarpment Corridor Alliance. For decades, Mike has been devoted to community-led conservation efforts in the South Georgian Bay Region. To learn more about the group, or find out how you can help, please visit myescarpment.ca/take-action.