Our Greenway vision for southern and eastern Ontario is simple: a connected landscape made livable through the protection, restoration and enhancement of its biodiversity and natural features.

Good news – After years of Ontario Nature and our partners calling for Greenbelt expansion, it looks like it may finally happen. The Ministry of Municipal Affairs and Housing has pledged to grow the Greenbelt.

So far, the Ministry is considering adding the Paris Galt Moraine and public lands within urban river valleys. While these suggestions are welcome, a much more ambitious approach is needed to protect precious farmland, groundwater and natural areas across the Greater Golden Horseshoe (GGH) and build the region’s resilience to climate change.

What We Are Doing 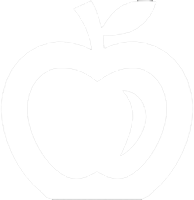 ALUS Canada – Working with farmers to maintain a healthy environment

Conservation Offsetting –  Compensating for the negative impacts of development on biodiversity

Towns, cities, farms, roads, dams, quarries and other forms of development dominate the landscape of southern Ontario. Such intensive development has come at a cost to human and ecosystem health.

The fertile soils, temperate climate and abundant freshwater that define this corner of the province offer vital habitat for many of Canada’s most rare and vulnerable plants and animals.

The area has been home to Indigenous peoples for thousands of years and now hosts 92 percent of Ontario’s population.

Thanks to the Friends of the Greenbelt Foundation for their support of this program. You can also visit the Greenbeltfresh food website.