Who Will Stand up for Wetlands?

Since I began volunteering for Ontario Nature last year, I have learned a lot about Ontario’s species at risk. Recently, I discovered that more than 20 percent rely on wetlands for survival.

Habitat loss is the key driver of species decline, and wetlands have been hammered by development over the last century. In fact, southern Ontario has lost more than 70 percent of its wetlands – with losses increasing to 85 percent in southwestern Ontario, Niagara, Toronto and parts of eastern Ontario.

Fortunately, the Government of Ontario is developing a Strategic Plan for Ontario’s Wetlands and is seeking public input on its related discussion paper. This feedback, which must be submitted by October 30th, will inform development of the plan that will guide government action over the next decade. This is an excellent opportunity to help protect wetlands and the species that call them home.

Wondering which at-risk species depend on wetlands? Here is a sampling:

This brightly striped snake is found in marshes with forested shorelines. It is listed as a species of special concern and is very susceptible to habitat loss.

This green-eyed dragonfly lives in groundwater-fed wetlands. Classified as endangered, it has been reported in Ontario only in and around the Minesing wetland, near Barrie.

This rare and endangered orchid inhabits fens and swamps in southern Ontario. It is threatened by habitat loss and possibly by a decline in the number of insect pollinators.

This boreal forest inhabitant, which frequents wetlands, can be recognized by its distinct three-note call “quick-three-beers!” It is classified as a species of special concern. Threats are uncertain, though possibly include habitat loss and degradation and declining insect prey.

Wetlands provide important overwintering habitat for this highly endangered fish, once extremely abundant in the tributaries of Lake Ontario and the St. Lawrence River. Habitat fragmentation and degradation are a key threat. Learn more about the American eel in “A perilous journey” (ON Nature summer 2013).

This small endangered turtle lives in ponds, marshes and bogs in southern Ontario. The most serious threats to this species are habitat loss and poaching for the pet trade. (Spotted turtles are too cute for their own good!)

If we continue to destroy and degrade wetlands, the list of species at risk will lengthen. With more than 200 already on the list, this is an unacceptable outcome. To ensure that the Government of Ontario’s strategic plan results in strong protection for and restoration of wetlands, get involved!

Who will stand up for wetlands? I will – and I hope you will join me. 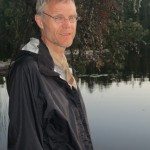 Ron Corkum, a retired environmental chemist, was Ontario Nature’s Carolinian East regional board director. A long-time member of Ontario Nature with a keen interest in conservation, Ron has been a regular volunteer for the charity since 2014.

3 Replies to “Who Will Stand up for Wetlands?”