Conserving Nature and History: Who has the Authority for this Work? – Blog

How does the destruction of precious habitat and the decimation of Ontario’s Conservation Authorities assist in our recovery from COVID-19? They don’t. Yet, in the omnibus budget measures bill (Bill 229, the Protect, Support and Recover From COVID-19 Act), the Government of Ontario seems to be proposing exactly that. As explained by the Canadian Environmental Law Association, the bill would fundamentally change the Conservation Authorities’ role in land use planning, and set back watershed management and stewardship by decades.

In light of the pandemic, health experts say that outdoor spaces are safer than indoor ones. Why not support conservation authorities who manage great natural sites for hiking, bird watching, and the enjoyment of flora and fauna? What is Jeff Yurek, Minister of the Environment, Conservation and Parks, attempting to accomplish by restricting and undermining the mandate of Conservation Authorities that have fought so hard to preserve these places?

Let me tell you a personal story. Back in 2006 and 2007, Burgess and Standard Tube parks in the north-west corner of Woodstock were being eyed by a developer to expand a nine-hole golf course to 18 holes. This expansion would have negatively impacted bottom lands, alongside oxbows and a creek flowing into the Thames River, and the foundations of the historic Burgess family homesteads. The area was also a known archeological site with burial mounds indicating First Nations’ occupation and usage of the lands.

The City of Woodstock supported the golf course expansion. Yet The Oxford Coalition for Social Justice and the Friends of Pittock gathered over 7,000 signatures demanding the protection of habitat for nesting turtles and uplands for deer. Community members presented to Woodstock Council opposing the expansion, as did workers at Standard Tube. The golf course proponent, however, seemed undeterred.

It was the Upper Thames Conservation Authority that made the difference. Board members held a public hearing. Young people spoke up for this natural place vital to their mental health and well-being, and expressed concern for species at risk. Adults remarked on the historic elements, and Lou Porter, a First Nation’s member, agreed that a naturalized park would show respect for their dead.

The chair of the Conservation Authority declared “those are our lands,” turning down the developer’s request to expand the golf course. The community members were jubilant, but their work was not done.

In 2014, the Upper Thames River Conservation Authority prepared a comprehensive plan for Burgess and Standard Tube Parks with recommendations for the preservation of historic, environmental and recreational features of the parks. In small farm fields inside the park boundaries, more native Carolinian trees and wildflowers were planted by conservation authority staff and volunteers. Now, with Bill 229, is this important work at risk?

The Oxford Coalition for Social Justice has called on our MPP, Ernie Hardeman, to help preserve Conservation Authorities here and across Ontario.

Back in 2007, when there was fear that bulldozers might arrive overnight to raze important features, young people nested in a huge old willow tree overlooking Sally Creek. They got to share their perch with raccoons and were awakened at dawn, thankfully, only by birdsong. We should not have to go to such lengths again to protect nature. Instead, The Oxford Coalition will join with allies like Ontario Nature and the Canadian Environmental Law Association to inform others of what is at stake with Bill 229 and encourage them to take action. We seek to persuade legislators that the mandate of conservation authorities needs to be broad, that their work needs to be supported. We need a government which will preserve habitats and restore conservation authorities’ ability to shoulder that work.

Please join me in asking the Government of Ontario to remove Schedule 6 from Bill 229. 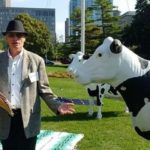 Bryan Smith is the Chair of The Oxford Coalition for Social Justice.

5 Replies to “Conserving Nature and History: Who has the Authority for this Work? – Blog”