I’ve been thinking about Samuel Beckett and Ontario rattlesnakes.

There used to be two species in the province, the Massasauga and the timber. But for decades there’s only been one.

In 1967, conservationist Barbara Froom said the timber rattler, “that was common in the Niagara Gorge region many years ago, is now extinct in Ontario.”

This reptile was once plentiful, and its demise provides an example of deliberate slaughter at the hands of humans. The provincial government says the creature “was consciously eradicated from Ontario by people. In the nineteenth century, hunting parties would attack den sites and kill all the snakes that could be found.”

Beckett, who lived through two world wars and witnessed destruction first-hand, comes to mind because he was the great modern dramatist of loss. He well understood the savage shift from plenitude to disappearance that marked the 20th century. In his masterpiece Endgame, Hamm (the ailing master) requests a painkiller; his helper, Clov, replies none is left.

Hamm: But the little round box. It was full!

Historically, the Massasauga was found in numerous southern Ontario locations, including small cities such as Sarnia and even large ones like Hamilton. But by the early 20th century, Carolinian-zone Massasaugas were uncommon and by the 1970s they were probably extirpated throughout their range except in the Wainfleet bog and Windsor’s Ojibway Prairie. In 2013, Ontario’s committee on the status of species at risk said extinction of the Ojibway cohort was “likely imminent.”

When I was a kid, the Massasauga was seen in Windsor frequently. In 2020, the city’s Ojibway Nature Centre wrote: “Rattlesnakes were common in the Windsor area fifty years ago but their population has seriously declined with development and urbanization…”

Though the Massasauga is still present in Ontario, loss is a central fact of its life. Of its two populations, the Bruce Peninsula/Georgian Bay is threatened and the Carolinian is endangered. The number of mature individuals in the latter is minuscule: perhaps 40 to 70 snakes in Wainfleet and 10 to 40 at Ojibway.

When I hear words such as “extirpated” and imminent “extinction,” I feel heart-sick.

Even conservationists demonized these creatures. Under a map of the Massasauga’s whereabouts in her book Ontario Snakes, Froom wrote, “Some sections of this range are free from rattlers,” as if they were a scourge that fortunate parts of the province were able to escape.

To understand the plight of the rattlesnake — hunted systematically, bereft of home — is to understand something crucial about the modern era. We live in the age of the traumatized remnant.

Efforts to save this unique species bring hope. Watch this video to learn more: 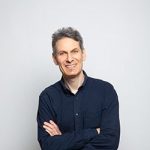 Gideon Forman is a policy analyst with the David Suzuki Foundation.

2 Replies to “Rattlesnakes and Loss”