Driven to Endangerment or en Route to Recovery?

The car is a marvellous machine. With a turn of the key and a tank full of gas, it offers freedom and convenience. In our ever-increasing desire to move from one place to another, we have constructed an impressive network of roads. This is especially true in southern Ontario, as James and Jacqueline point out in “Helping turtles not cross the road.”

These roads are beneficial for drivers, but hazardous for reptiles and amphibians. Many species of snakes, turtles and frogs are declining in Ontario, and road mortality is a leading cause of dwindling numbers.

We have all witnessed roadkill. It is a dreadful thing. To reduce its occurrence, we must first determine the where, when and why of this phenomenon: where are reptiles and amphibians crossing roads, when are they doing this and why. After three years of study, we are closer than ever to answering these questions.

We conducted our roadkill research on the Bruce Peninsula, an area known for its fascinating herpetofauna including Ontario’s only rattlesnake, the massasauga. The peninsula is one of only four areas in Ontario where you can find this threatened snake. We partnered with the Nature Conservancy of Canada, Parks Canada, Ontario Ministry of Transportation (MTO) and Bruce County.

For two consecutive summers, we cycled sideroads and highways, clocking more than 10,000 kilometers. On our travels we spotted 2,514 reptiles and amphibians, of which 1,986 were dead. The dead included painted and snapping turtles, 10 species of snakes (including milksnake and eastern ribbonsnake) and eight species of salamanders, toads and frogs (especially northern leopard frog and green frog). Ten percent of the dead individuals were at-risk species, including 68 Massasauga.

Our goal was to identify hot spots and hot moments − where and when road mortalities are most often occurring, particularly the environmental conditions conducive to roadkill. We considered road conditions, proximity to wetlands, traffic volume (hotspots) and weather conditions such as temperature and precipitation (hot moments), all of which vary through space and time. Through our extensive research, we were able to determine the specific locations and times of the day and year that increase the probability of roadkill.

Turtle mortality was highest on roads close to wetlands, while frog and toad mortality was driven (pardon the pun) by high precipitation, low car speeds and paved surfaces. Low car speed was an unexpected association with high mortality for frogs and toads. We anticipated mortality to increase the faster cars drove. We took this to mean that historic road mortality has already depleted frog and toad populations surrounding roads with high speeds such as highways. However, this hypothesis would have to be addressed in a separate study.

Overall, we can easily identify specific roads on which the risk of mortality to turtles, frogs and toads is high. We cannot, however, do this for the Massasauga, which does not have hot spots, but does have hot moments governed by weather.

Massasauga mortality rates increased with high temperatures and low precipitation. Despite this lack of hot spots, we were able to pinpoint a short section of Highway 6 that experienced high massasauga mortality. MTO erected signs along this stretch of road to alert drivers to the crossing snakes.

Armed with our new knowledge, we are better able to minimize reptile and amphibian carnage on Ontario roads. Science, after all, does not just satisfy our curiosity; it bestows us with the knowledge and guidance to help endangered wildlife.

EcoKare International applied our research results by erecting an exclusion fence alongside an existing culvert on Highway 6 where at-risk reptiles and amphibians were regularly observed. The fence diverts animals into the culvert so that they can safely cross the road. We will monitor reptile and amphibian use of the culvert, evaluate the results and adapt the mitigation measures as needed to further reduce mortality rates.

Conservation is a long-term business. With care, knowledge and a little foresight, we will find the road to recovery for Ontario’s beleaguered herpetofauna. 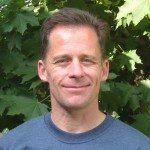 Dr. James Schaefer is professor of biology at Trent University, as well as a member of the International Boreal Conservation Science Panel and a Fellow with the Leopold Leadership Program. His research is centered on the conservation of terrestrial vertebrates.

3 Replies to “Driven to Endangerment or en Route to Recovery?”