The name “Ontario” originates from an Iroquoian word meaning “sparkling” or “beautiful” water. With more than 250,000 lakes and countless rivers and streams, it’s not hard to see how our province got its name.

The wonders of Ontario stretch far and wide:

Ontario’s diverse geography and climate have allowed an array of wildlife to live and thrive. Ontario is home to:

No plant echoes the patience and perseverance of this land better perhaps than its provincial emblem, the trillium. Nestled in the damp shade of southern Ontario woodlands, the flower is a seasonal wonder. Trilliums take 15 years to reach flowering, remaining in the same location for up to 26 years. But not only do they teach us patience, but respect for the time it takes to regrow what we take. If their flowers are picked, these plants take another seven years to reopen.

This species is the official avian emblem of Ontario. The bird can be easily identified by its black and white checkered back, black head and black neck which is adorned with a white “necklace.” Loons swim low in the water. Sometimes, only their heads can be seen peeking above the surface.

Unlike many other birds, the bones of the loon are solid. This allows it to dive to depths of up to 80 metres. Unfortunately, heavy bones make it difficult to fly. To compensate, loons run along the surface of the water into the wind to become airborne. Although babies can swim immediately, they can often be seen riding on the backs of their parents to conserve energy and for protection from predators such as snapping turtles and eagles.

This is Ontario’s official tree. It can be found throughout the boreal forest and can live up to 300 years old! These large evergreens are easy to identify. The bottom half of the trunk is branchless and the needles grow in bunches of five.

ID trick: There are five letters in the word white and the needles of the white pine grow together in bunches of five!

Comprising 87% of Ontario’s land area, northern Ontario accounts for only 6% of the population. Known for its abundance of freshwater, it can be easy to forget that Ontario is a maritime province with a saltwater coastline! Stretching along the top of Ontario are the Hudson and James bay coastlines that are home to Arctic wildlife like the beluga whales and polar bears.

For more information about what to do and see in Ontario, check: 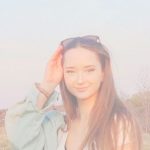 Renée Suzanne Lemieux was Ontario Nature’s communications intern during the winter of 2022.

4 Replies to “There’s No Place Like Home: Ontario’s Natural Wonders”