Trouble in the Bat Cave

It’s almost Halloween. Pumpkins abound and spooky decorations are showing-up everywhere. As a bat biologist, I enjoy seeing bats hanging from front yard trees and porch lights this time of year. But as you may have heard, all is not well with our bats. Populations in eastern North America are experiencing up to 95 percent declines due to white nose syndrome (WNS). First described in 2006, the disease gets its name from the fuzzy white growth on the noses of infected bats. The fuzz is a fungus that was likely introduced from Europe, possibly by cavers. It is called Pseudogymnoascus destructans, but everyone refers to it as Pd.

Pd grows on cold surfaces – like the body of a hibernating bat, at less than 10°C. It causes sores on the nose, ears and wings, resulting in dehydration. Infected bats get thirsty and wake-up often to find water. This burns precious stores of fat, causing many bats to starve to death before the spring. WNS has killed millions of hibernating bats since it was first discovered in North America. This is the fastest decline ever documented in a wild mammal population.

The real mystery in this story is the survival of the final five percent of bats that survive while the majority falls prey to WNS. Bats in Europe, where the fungus originates, don’t seem to die from infection. What if they have a genetic resistance to white nose syndrome? Could similar resistance also exist in North American bats?

Thanks to a Liber Ero Fellowship  I am collaborating with other scientists to understand how our bats respond to a Pd infection – specifically, which genes respond to the infection, and whether some are showing resistance.

Using samples collected across Canada, I am also identifying geographic barriers to gene flow in Canadian bats. Barriers to gene flow are areas that a species does not cross, including mountain ranges and areas without suitable habitat or food. Because the fungus is spread partly by bats themselves, we can use this information to predict how the disease will spread as it continues to move west across Canada.

Dying bats… potential extinctions… Depressed yet? But consider this: Scientists, government agencies and citizens are collaborating to address the tragic WNS situation. Some groups are testing treatments while others are monitoring bat populations and the spread of the disease.

You can help too!

Bats with WNS sometimes emerge early from hibernation, flying outside during the winter or early spring. If you see bats flying while snow is still on the ground, contact the Canadian Cooperative Wildlife Health Centre.

Bats are so much more than fun Halloween decorations. They are important members of our ecological communities. Take some time to learn about these fascinating creatures and how you can help protect them. 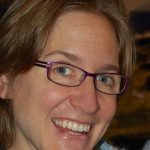 Christina Davy is a conservation biologist who uses science to understand and conserve wild species and wild spaces. She is currently a Liber Ero Postdoctoral Fellow at Trent University, where she studies bats and white nose syndrome.