Recreation and Events•Species at Risk

The most nerve wracking period of time for me when leading a public bat walk – without fail –   is the stretch between finishing what I had planned to say, and the first bat turning up.

After getting hooked on bats at the age of 11, I now lead public bat walks as part of my role working on the Toronto Zoo’s Native Bat Conservation Program. During these events we take people out after dark to watch bats, and listen to their ultrasonic calls with electronic bat ‘detectors’. And the best part of doing this is that it always works! At least, it works if you pick a good spot on a warm summer night. But at the risk of tempting fate, I have yet to do a bat walk and not find a bat.

This is true even in the city of Toronto, the core of Canada’s largest urban area. Last August I spent an evening downtown in Queen’s Park, for an urban bat walk co-led with the Royal Ontario Museum. As we stood around a plaza in the centre of the park, an expectant crowd watching, I felt the usual nerves. But just as I started to worry a rapid clicking burst from the bat detectors held by participants.

Our first bat approached! Even better, this first encounter turned out to be an eastern red bat – not a rare species for Ontario, but not one I was expecting to encounter downtown. As we waited more bats began to arrive, circling the plaza to pick off insects on the edge of the light.

Most of these were big brown bats, the most common species in Southern Ontario, the bats I had expected to meet here. For a while the crowd was transfixed, insulated from the cars and pedestrians rushing past, by the view of nature above their heads. A part of the natural world that brushes against ours, but remains mostly unseen.

The night after Queen’s Park I was back at the Toronto Zoo for a first-ever 19+ ‘Bats and Beverages’ event (our all ages bat evening had occurred earlier in the month). Testing out a new idea, we had invited guests to join us on our Polar Patio and watch bats with a drink in hand. This particular patio at the Zoo is popular with bats, but with 50 people joining us I had some fear that the bats would have other plans.

I needn’t have worried! I had barely finished introductions before the bats arrived. The intermittent sounds and glimpses of the first bats in the fading twilight became a steady stream of activity. For more than 30 minutes many big brown bats foraged above the patio while we sat and watched.

Seeing most wildlife in its natural environment requires travel, stealth and patience. I am variously incompetent at all those, so it makes sense that I was drawn to bats, wildlife that is easy to find. In my career of chasing bats I’ve been privileged to meet thousands of them up close.

In the past year of our bat program at the Zoo we have captured (and released) 145 bats of five species. We also radio-tracked two species of endangered bat in Toronto to study their foraging areas. But while that’s undeniably fun (check out our ‘bat diaries’), I still love just watching bats in flight in the night sky. It’s an experience that is accessible to almost anyone with the time to sit out in a park or garden on a summer evening and watch the sky! Why not give it a try next summer?

Eager to learn more about these fascinating flying mammals? Visit Ontario Nature’s Bat Guide to find out more information about bats in our province. 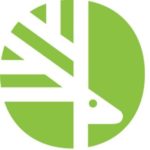 Toby Thorne has been chasing bats for more than 17 years, and currently works at the Toronto Zoo building a conservation program helping Ontario’s bat species. He grew up in the UK and has lived in Canada for the past seven years.