The Intergovernmental Panel on Climate Change has recommended that warming be limited to 1.5 degrees Celsius above pre-industrial levels to prevent the irreversible effects of climate change. The science suggests that warming above this level will have negative impacts on food security, human health, water supply, the spread of diseases, ecosystem health and much more.

People around the world have differing opinions on climate change and how it should be addressed. To measure these opinions, at the end of 2020, the United Nations Development Programme (UNDP) and its partners, launched the largest ever survey of public opinion on climate change. This survey titled the Peoples’ Climate Vote, received 1.2 million responses. Responses came from 50 countries.

To effectively implement climate-related policies and programs, governments need to understand public perceptions about climate change. The Peoples’ Climate Vote has allowed governments to do just that.

“The survey brings the voice of the people to the forefront of the climate debate. It signals ways in which countries can move forward with public support as we work together to tackle this enormous challenge.”

– Achim Steiner, the Administrator of the UNDP

The Peoples’ Climate Vote was distributed through poll questions delivered by advertisements in smartphone gaming apps such as Words with Friends, Angry Birds and Subway Surfers. When a person opened the app, the poll would appear replacing a more traditional, in-game advertisement. This unique method allowed the Peoples’ Climate Vote to reach a random sample of 1.22 million people, including populations that are usually more difficult to reach with traditional polling methods.

Results showed that 64% of respondents believe that climate change is a global emergency, with the majority of respondents coming from Small Island Developing States SIDS and High-Income Countries. Among the group that said that climate change is a global emergency, 59% stated that governments should do everything necessary to address it and urgently. Whereas 20% said that governments should act slowly, 10% said that enough is already be done, and 11% said that nothing should be done.

These results indicate that public sentiment towards climate change is that it is a global emergency that should be addressed quickly and with maximum effort. This presents governments with convincing evidence for increasing their climate commitments under the Paris Agreement.

Additionally, 97% of respondents fully supported climate action with at least one policy. However, respondents diverged about which policies were the most important for their government to address. This shows that people want climate policies to be implemented but they need more information on how specific climate policies can address the issue.

The Peoples’ Climate Vote has gathered valuable information showing that although countries around the world face unique climate-related challenges, there are broadly supported ways for decision-makers to tackle the issue. 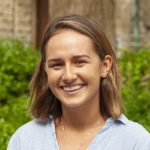 Rebecca Clarke is a Project Coordinator at the Human Environment Analysis Laboratory at the University of Western Ontario. She enjoys spending time outdoors hiking, swimming, and long-distance running.

2 Replies to “The Peoples’ Climate Vote”