Snip, snip, snip. That’s how my supervisor, Anne Bell, described the recent tangle of legislation and policy proposals dumped on Ontarians in October and November of 2022. It was my second day at my new job as Ontario Nature’s Conservation Policy and Planning Manager.

What’s being snipped is the thoughtfully interwoven web of protections for our wetlands, woodlands and farmland that has been developed over decades. Years of hard work – by governments of all three stripes – is being rapidly unraveled under the guise of “more homes built faster.” Yes, housing problems need to be solved, and existing legislation and policies can be improved, yet ramming poorly designed policies through isn’t the wisest way to do it.

Ontario Nature advocates for a wise approach to complex problems like land use planning. That’s what gave us future-conscious planning like the Greenbelt and conservation authorities. Wise approaches follow science, respond to the inevitable impacts of climate change, pay attention to lessons from other jurisdictions, and take input from experts, affected parties, and the public.

If you’ve noticed that what’s happening in Ontario is the exact opposite approach, you’re not alone. The same week that the city of Abbotsford, B.C. marked a year since its catastrophic flooding, our government pushed through legislation that handcuffs conservation authorities – Ontario’s unique system of watershed guardians. Last December, while world leaders met in Montreal to discuss the importance of intact natural landscapes in buffering the worst impacts of the climate change and biodiversity crises, Ontario systematically picked apart its own safeguards for those same natural assets.

It’s frustrating to see Ontario become so regressive. Before joining Ontario Nature, I worked on conservation policies and actions for a certain provincial public service for two decades. I’ve seen from the inside how solid advice from experts is heeded or ignored by political leaders, who are often influenced by outside voices. It could be disheartening to see wise counsel be ignored.

I am now heartened to see what happens on the outside. Ontarians care. They won’t be bullied or bamboozled. They are using their voices, loudly. They mobilize to support calls to action from organizations like Ontario Nature. More than 14,000 Ontarians signed on to our recent Action Alert opposing Bill 23.

Despite last month’s disappointing news that the Government of Ontario ignored thousands of voices and passed Bill 23, people are not standing down. They are asking what they can do. Protests are still happening. A new cross-sectoral coalition of hundreds of individuals and groups formed in response to the government’s actions. My favourite author, Margaret Atwood, is writing a blue streak. Some of the countries that came to COP15 don’t let their citizens organize and speak up. We are fortunate to have that right, and we’re acting on that.

Because of the complexity of the web of protections the government is trying to unravel, we anticipate more policy proposals from the province, and from municipalities. We are monitoring the Environmental Registry of Ontario closely. You can follow your municipality’s planning processes. Stay informed about what’s happening and how you can use your voice by becoming an Advocate for Nature if you haven’t already. You can also follow us on Twitter, Instagram, Facebook and YouTube for regular updates on how you speak up for nature in Ontario.

Greenbelt Lands on the Chopping Block: What’s at Stake?, Blog, November 2022
When the Going Gets Tough...,ON Nature, Last Word, Winter 2020
Local Matters, ON Nature, Fall 2007
Advocate for Nature - Take action for the wild species and spaces that we all love. 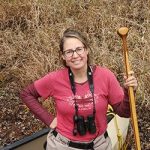 Corina has spent her career working in and for nature in Ontario and across Canada. She provides leadership for Ontario Nature’s conservation policy initiatives as the Conservation Policy and Planning Manager. Her other vocation is sharing the practice of nature journaling with others.