Is it ok to move turtle eggs?

People often ask Ontario Nature staff for advice about how to deal with situations that they encounter in nature. Whether putting out a bird feeder, planting native flowers or grasses, or choosing not to cut down the trees on your property, people are on the front lines of local conservation efforts more often than you might realize.

We are frequently asked what to do when a turtle lays eggs in an “unnatural” place. Recently, someone asked if it was ok to move snapping turtle eggs that had been laid in front of their house, separated from a nearby lake by a road and a trailer park. 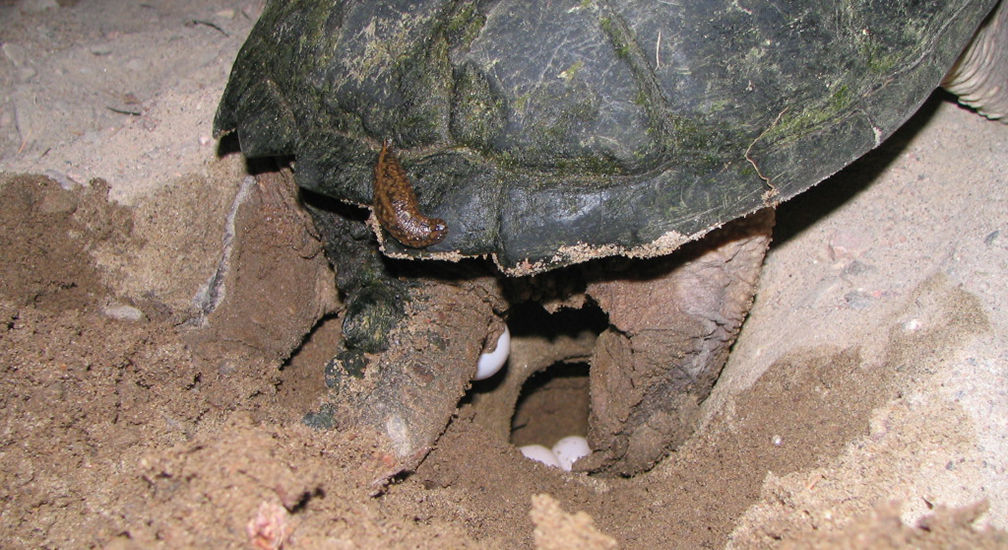 First, some important information about turtles: Turtle eggs have a naturally high mortality rate. So while it is expected that many eggs will be lost, that in itself is not cause for concern given that adult turtles possess extremely high survivorship rates when people aren’t around. The egg mortality rate only becomes a problem when human activity, roads, development, cause an increase in adult mortality rates. Even a one percent/year rise in adult mortality rates could wipe out an entire population of turtles.

Consequently, it is more important than ever to make sure turtle eggs survive. Eggs may not develop if they are not oriented correctly after being moved. The Ministry of Natural Resources (MNR) is preparing protocols for nest protection, which will be released in 2012. In the meantime, MNR must authorize the re-location of turtle eggs. This is because seven of Ontario’s eight turtles are at risk and therefore protected under the Endangered Species Act; the eighth is protected under the Fish and Wildlife Conservation Act. Specific rules and regulations come with this protection including getting a permit before doing anything to turtle eggs. Our advice in this situation is to contact your local MNR Species at Risk biologist to determine the best course of action.

However, given the toll that a growing human population in Ontario takes on turtles in general, it remains important to move adult turtles off our roads. Saving just one adult turtle from getting hit by a car is actually better for the species than protecting dozens of nests.

Turtles should always be moved in the direction in which they are facing, no matter what the habitat looks like and nesting turtles should never be moved. You can learn more about reptile and amphibian stewardship here. 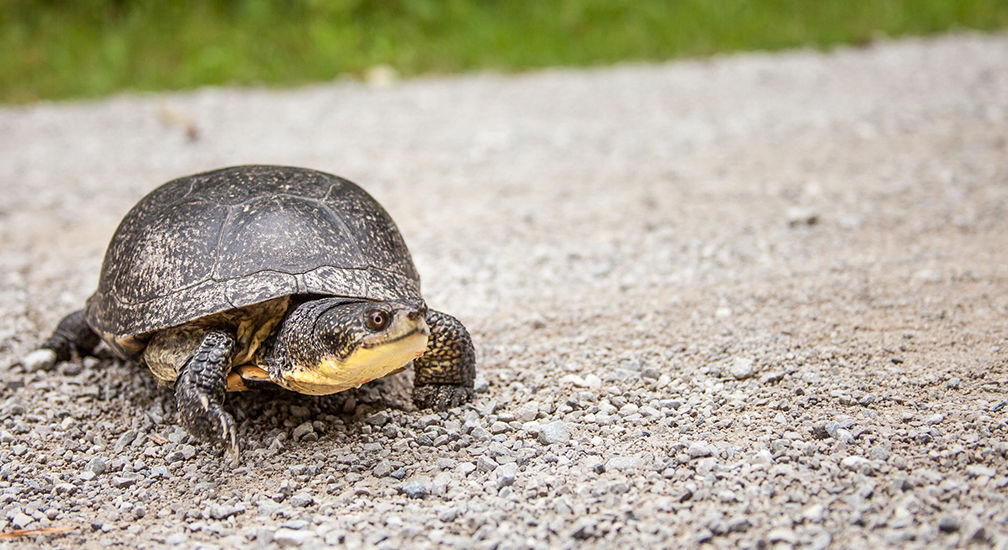 Another great way to help turtles is to record your observations for Ontario Nature’s Reptile and Amphibian Atlas to help improve our knowledge of where turtles can be found and their population numbers.

Advocate for the protection of wild species, including reptiles and amphibians and their habitats, by joining our Advocates for Nature e-news community. We’ll share news about important conservation issues and provide easy ways for you to take action when your help is urgently needed.