Canada’s Commissioner of the Environment and Sustainable Development: Canada is failing to protect Species at Risk

The Government of Canada makes promises about protecting nature, but do you ever wonder how well they follow through?

The Auditor General of Canada has a Commissioner of the Environment and Sustainable Development, and every year the commissioner publishes reports on how the government is performing on their stated objectives. These reports inform parliament of the government’s track record and are also available to the public.

Unfortunately, recent reports by Canada’s Commissioner of the Environment and Sustainable Development show that Canada is falling short in protecting species at risk.

The Sustainability Network recently hosted a webinar inviting them to talk about these reports. In the webinar, the Commissioner Jerry V. DeMarco, and two principals in the department discussed three recent reports related to species at risk in Canada.

The first report was not an audit but a backgrounder on Canada’s commitments to biodiversity. This is a great refresher on what the challenges and promises are. For example, 841 species are assessed as at-risk in Canada, with 640 officially included in the Species at Risk Act (SARA). The report highlights some species that are recovering and, sadly, many that continue to decline despite legislated action.

The Commissioner and principals also discussed two audit reports – one on aquatic species at risk and one on the sustainability goals related to species at risk. These audits assess the performance of the government on their stated goals. Although there are some wins and some good work is certainly being done, overall, they found some big gaps. Two of these that stand out the most are:

The Commissioner’s reports include recommendations to the government and the response from the relevant departments.

The Commissioner also highlighted the availability to Canadians of their environmental petition process. This is a formal process through the Commissioner that may be launched by an individual, group or organization. Canadian residents can raise their concerns about environmental issues directly to federal ministers. It requires that the minister responsible responds to the petition within 120 days. Petitions are tracked by the Commissioner’s office and are factored into their audits.

If you have something to say to a minister or department about their plans and performance on species at risk, or any environmental issue, this is a great way to do it. We encourage you to make use of this little-known resource to exercise your right to be heard by your government! 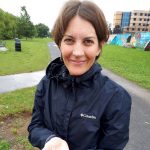