At long last, an end to the snapping turtle hunt

It has been a long time coming. Alongside our members, supporters, member groups and partners, Ontario Nature spent years trying to convince the Government of Ontario to end the hunting of snapping turtles, a species at risk. And finally, on Friday March 31, the government announced its decision to terminate the hunt. This was the only correct decision in light of irrefutable scientific evidence that snapping turtles cannot be sustainably hunted. Taking just one or two adults from a population on a yearly basis will lead to decline.

We are truly grateful to those within the Ministry of Natural Resources and Forestry who supported this science-based decision – from biologists and policy advisors right up to Minister Kathryn McGarry. Thanks to them, snapping turtles in Ontario now face one fewer threats to their long-term survival and recovery. The government’s decision sends a clear message to the public about the importance of protecting this at-risk species.

Above all, we owe a heart-felt thanks to the many organizations and individuals who have been tirelessly fighting to end the hunt since at least 2007. Eleven thousand people signed a petition to terminate the hunt back in 2012. Even more spoke out against a government proposal this year to continue the hunt, demanding instead that it be closed. This strong, steadfast alliance of concerned individuals and scientific experts – too numerous to name – has finally won the day.

It has been a collaborative journey of dogged determination, fueled by letters to ministers, petitions, reports, opinion editorials, action alerts, blogs and social media campaigns. When the going got tough, the fair and informed coverage by the press and by the Environmental Commissioner of Ontario helped immensely to buoy weary spirits and keep the issue in the public eye. 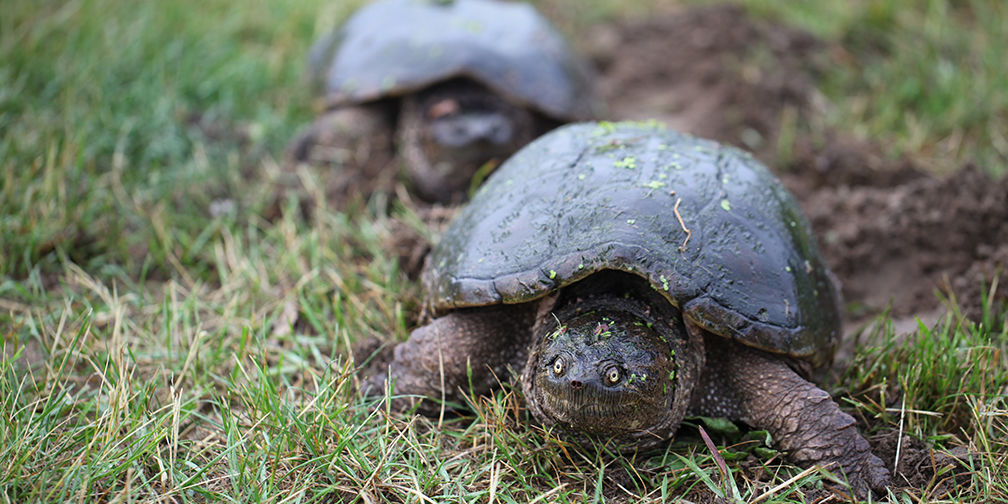 Thank goodness we never gave up. Thank goodness the government listened. Thank goodness for snapping turtles, those amazing, clunky, long-lived, prehistoric-looking creatures who play such a necessary role in our local ecosystems and whose very existence enriches the human experience in so many ways.

Anne Bell is Ontario Nature’s Director of Conservation and Education.

11 Replies to “At long last, an end to the snapping turtle hunt”