On the afternoon of Friday, September 20, I was greeted by several familiar faces and many more unfamiliar ones. I was back at the Ontario Nature Youth Summit for the first time since 2014, now as an alumna. I was looking forward to celebrating our 10th annual Youth Summit and a weekend outdoors. Bonus: my little sister Julianne was coming along.

“Let’s head to the playground. Run!” Three alumni friends and I joined Skid Crease for his Children in the Woods workshop on Saturday morning. We thanked a big maple tree, saluted to Celine Dion, picked up trash on the trail, and scoured tall grasses for leopard frogs and praying mantises. I’ve missed seeing the way he engages with young people and fuels curiosity. It’s my favourite part of the Summit and I’m glad Skid’s doing as well as ever.

The waters and wooded trails of Geneva Park captured my imagination 7 years ago. Standing on the shore this year, I felt the same sense of calmness and awe. With Heidi’s sketching group one morning, I admired the meadow shrouded in mist. On a lunchtime walk with Robert, we laughed as we exploded jewelweed (aka touch-me-nots) seed pods. In the evening, I watched the campfire crackle as elder Garry Sault recounted tales of Nanabush. Then we sat around the fire, dipping chips into hummus and debating which vegan cheese brands are tastiest.

The Youth Council’s pollinator campaign, which we spearheaded in 2014, has run its course—a new biodiversity campaign is launching. Adapting the Bee City/School model, the campaign challenges summit attendees to turn spaces in their communities into biodiverse gardens and to recruit others to form local biodiversity committees. I’m thrilled that this new generation is forwarding their own initiatives.

My friend Moe perfectly wrapped up the 10th Summit with his keynote speech—he was there from the beginning and described how the cross-province Youth Council network formed following the very first event in 2010. He’s now finished a PhD degree and is researching renewable energy, but it all started out with him asking to help with environmental policy while in high school. He hammered in that youth can take bigger actions if we don’t let the fear of failure stop us. Peering around at the 100+ determined faces around me, I couldn’t help but believe that the future is green and bright. 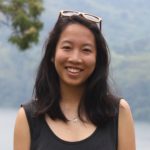 Jackie Ho is a recent graduate from Harvard College, where she studied Integrative Biology with a minor in Environmental Science and Public Policy. She lives in Toronto and was a member of the Ontario Nature Youth Council from 2012 to 2015.