When I started birding, waterfowl held very little appeal to me. A duck was just a duck. In fact, ducks are quite frustrating for the beginner birder. Not only are the females almost uniformly brownish-grey, but young males are also virtually indistinguishable from the females. To make matters worse, when ducks molt they look nothing like when they’re in breeding plumage. 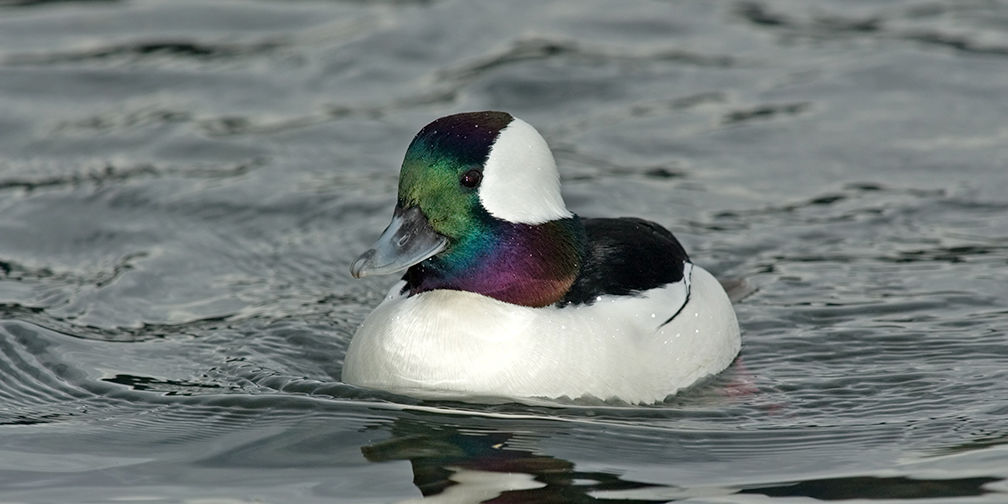 And then I saw my first bufflehead and couldn’t take my eyes off the bird’s stark black and white plumage; the duck seemed dressed up for a flashy black-tie affair. When the sun shines on a bufflehead’s dark, rounded head with a large white patch in the back, the bird’s plumage give off an iridescent green and purple, slightly metallic hue. A magician of a duck. 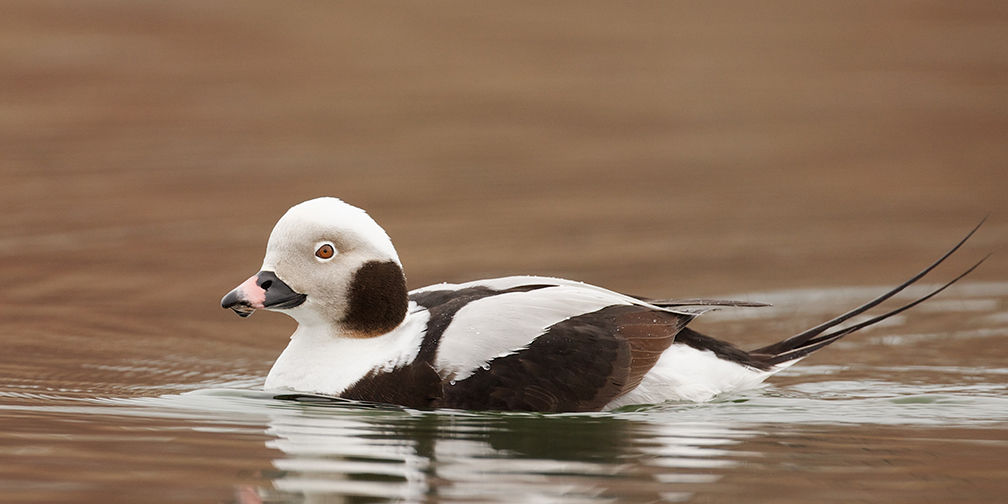 After the bufflehead, I fell for the long-tailed duck, with its delicately playful, forked tail sticking out at a forty-five degree angle. Then I couldn’t stop marveling at the common goldeneye. And then, of course, I was smitten by all three members of the remarkably coiffed merganser family (common, red-breasted and hooded); how the red-breasted merganser manages such a hip, spiked hairdo without an ounce of gel is beyond me.

This weekend, I saw my first wood duck at the LaSalle Marina in Burlington; the sighting catapulted the wood duck straight to the top of my favorite bird list. LaSalle Marina also happens to be one of the best places to get close-up views of waterfowl thanks to its protected areas (it’s also a favorite hotspot for bird photographers). I arrived to find the wood duck sleeping and from the back he resembled little more than a mallard, but with an extra ribbon of white adorning his neck. I didn’t think much of him, and kept my eyes on the gregarious coots trotting along the ice and pecking at birdseed like chickens; I couldn’t get enough of their disproportionately enormous feet. And then the wood duck awoke from its slumber and my world changed.

The duck looked like it had been painted, a masterpiece with crisp white lines delineating its features. The sun illuminated the wood duck’s extraordinary coloring and I spent a good fifteen minutes staring at the bird’s crisp metallic green head, purplish-chestnut breast littered with white polka dots, light brown sides and dark blue plumage on its back. The duck looked unreal to me; he resembled the work of a meticulous artist who had used her thinnest of brushes to paint razor sharp white lines that cut through the duck’s face.

Who knows what’ll happen once the warblers arrive a few months from now, and I reacquaint myself with the jaw-dropping black and white warbler or the magnificent magnolia warbler. But for now, 2013 is all about the wood duck.

5 Replies to “You’re my favourite”