I am sipping coffee and munching an apple as I write this blog. To enjoy such daily pleasures, we rely on pollinators.  In fact, about one of every three bites of food we eat depends on insect pollinators. Unfortunately, the populations of insect pollinators like bumblebees and honeybees are declining.

The reasons behind these declines are complex, but threats such as habitat loss and pesticide exposure converge in our industrial agricultural system. As we replace their natural habitat with agricultural fields, pollinators are forced to eat pollen produced by our crop plants, many of which contain systemic pesticides like neonicotinoids (sometimes referred to as neonics). Such chemicals are systemic in nature, which means that they are absorbed by plants and circulate through them, showing-up in their pollen and nectar.

Neonicotinoids are chemically similar to nicotine, but just like one cigarette won’t kill you, doses found in pollen and nectar in treated crops are generally not high enough to kill pollinators outright.  This has set-off a firestorm of study and debate over the link between neonics and pollinator declines. Two recent reviews provide good summaries: The first is from the Task Force on Systemic Pesticides who have examined over 800 scientific studies spanning the last 20 years. The taskforce concludes that neonics pose a serious risk to insect pollinators, birds, earthworms and ecosystem services in general.

The second is more guarded, classifying and critiquing different methods for studying neonics and insect pollinators in largely policy-neutral terms.

The tags recorded when individual bees exited the colony in search of food and later re-entered their colony. High precision scales measured how much pollen and nectar the bees brought back. The results: bees exposed to imidacloprid went foraging 23 percent less often, and when they did go out, brought back 31 percent less pollen per hour than control bees. Colonies exposed to imidacloprid received less pollen – the main protein source for bumblebees and an essential food for young bees, especially developing queens. The study also showed that bees’ food-finding abilities remained affected for four weeks after exposure to the neonicotinoid.

No doubt, the debate over neonics will continue.  Meanwhile, our pollinators are in trouble. By preserving habitat and initiating an advocacy and awareness campaign, Ontario Nature is addressing this serious issue. 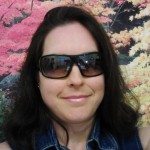 Debbie is an ecologist and writer with a flair for university administration. She lives and works in Toronto and spends as much time as possible enjoying wild spaces in the city. Learn more about Debbie on her website.