Sauble Beach is For the Birds

This week’s blog was written and published by Ecojustice.

Not long ago we thought the endangered piping plover would never appear in Ontario again. After a nearly 30-year absence, these tiny migratory birds returned to the shores of the Great Lakes, including Sauble Beach in 2007. Unfortunately, they didn’t receive a warm welcome from everyone.

Ecojustice has a long history of working to protect the piping plover.

Plovers are shorebirds that winter as far south as Mexico and Florida, then fly north to nest in the late spring and early summer.  They need a specific habitat, free from disturbance, to reproduce successfully in their shallow nest. Unfortunately, this can mean conflict with humans, who also like to hit the beach as soon as the sun comes out.  Recently a music festival near Chicago was shut down to protect a pair of plovers and their nest.

Piping plovers and their habitat are protected under Ontario’s Endangered Species Act. Legally, this means that no one, including municipalities and towns in Ontario, is permitted to carry out any activities that harm the small birds or their habitat. Sometimes Ontario municipalities need reminding of the law, however.

In the summer of 2018, Ecojustice, working with our clients Environmental Defence and Ontario Nature, stepped up our efforts to protect plovers near Sauble Beach. The town of South Bruce Peninsula was raking a portion of Sauble with heavy equipment, compromising not only the plovers’ nests but also their habitat.

The Ministry issued a Stop Order to that effect but the Town of South Bruce Peninsula appealed this Stop Order. Ecojustice helped our clients, Ontario Nature and Environmental Defence, intervene in this appeal.

Environmental Defence and Ontario Nature called expert witness Peter Middleton, an amateur field ornithologist from Owen Sound, Ontario, who has been involved with piping plover recovery efforts at Sauble Beach since 2007. At the hearing, Peter Middleton, as well as the Ministry’s experts, all agreed that certain aspects of the beach had to be protected in order to protect piping plover habitat.

The Hearing Officer on the appeal has issued a report which, if followed, will help stabilize the plover habitat and assist the population to rebuild. These recommendations include:

The Hearing Officer’s Report was a victory for Ecojustice and our clients. The report agreed that Sauble Beach is an important habitat for the piping plover and the Town of South Bruce Peninsula should not carry out any activities which harm the birds.

Unfortunately, the Stop Order which was appealed during this hearing has expired, so the Ministry has not yet adopted these recommendations in a legal instrument. Nevertheless, the Hearing Officer’s recommendations lay out a clear path for the type of protection necessary for plover habitat at Sauble Beach. Ecojustice will continue to be involved in the protection of this important little bird, wherever it chooses to make its home.

Sue is a Staff Lawyer at Ecojustice’s Toronto Office. She obtained her LLB from the University of Southampton, UK and completed her articles at Ecojustice. Her interest in environmental law developed when she was pursuing her LLM at the University of Toronto and continued as she worked as a research assistant and carried out research related to climate change loss and damage at an international law think tank. In her free time, Sue enjoys cooking and photography.

Ian has worked as a staff lawyer at Ecojustice since 2014, after working for the organization as both a summer student and an articling student. He holds degrees in environmental biology from Queen’s University and law from Osgoode Hall Law School. His practice focuses on environmental issues linked to air pollution and offshore oil and gas, as well as protecting the marine environment and advancing the recognition of environmental rights in Canada. In his free time, Ian is an avid birdwatcher. 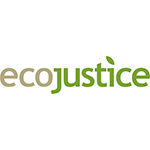 Ecojustice is Canada’s largest environmental law charity. Ecojustice goes to court and uses the power of the law to defend nature, combat climate change, and fight for a healthy environment for all.

4 Replies to “Sauble Beach is For the Birds”