How AWARE Simcoe won federal protection for the Nottawasaga River

Kate Harries, AWARE SimcoeWe at AWARE Simcoe recently learned that a campaign we started in 2013 had borne fruit: the Navigation Protection Act (NPA) had been amended to include protection for the Nottawasaga River, largely because the people who used and cherished the river demanded it.

Resolutions to protect the Nottawasaga River came from local government, with AWARE Simcoe acting as a catalyst and driving force. So, how did we do it? Anne Learn Sharpe from AWARE Essa and I, a board member from Springwater, took on the challenge. Here’s what we think worked:

Making it local. We took one item from a huge Omnibus Bill and made it about our local river.

Raising awareness. In early 2013, we launched a petition that was signed by 600 individuals. Many of those people also submitted heartfelt comments. For those who signed, this was clearly a matter of great concern.

Spreading the word. We took hard copies of our petition to local meetings about the hot issues of 2013 in Simcoe County and explained why the NPA was a bad idea.

Going municipal. In 2014, we took our cause to local councils. Anne and I put together a presentation using the research on our website to back up the petition, including some of the petition comments. Most of the commenters were voters, some of them respected local figures, which made the matter more relevant to municipal representatives.

We were fortunate to have picked Essa Township as our first stop. Councilors and staff there are involved in the health of the ‘Notty;’ they instructed their CAO to draft a resolution that was passed unanimously. From then on, as we made our rounds, there was some peer pressure to pass a resolution.

2015 Election. The federal election allowed us to refocus. Our major achievement was raising awareness of an issue that was buried in an Omnibus Bill. That awareness spilled over into the local campaign. All of the candidates had supportive comments ready.

Follow up. After the election, we wrote to the new Liberal Transport Minister Marc Garneau, who told us in February that a review of the NPA was priority. We heard nothing more until December, when a report in a Wasaga Beach weekly paper referred to a letter Garneau had sent to Clearview Township. We learned that federal protection had been restored to the Nottawasaga River. Cue quiet jubilation!

Our reward will come when we travel the Notty through the Minesing Wetland this summer to thank the river for her gifts and ponder our next moves in defending her and her tributaries against the threats of development and resource extraction. 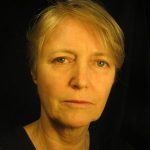