In eastern Ontario, an ancient seam of granite known as the Frontenac Arch extends from the Canadian Shield in Algonquin Provincial Park all the way south to the St. Lawrence River, and beyond to the United States and the Adirondack Mountains. This singular belt of rugged bedrock—once part of a great mountain range whose craggy remnants still break the surface of the land to thrilling effect—is more than one billion years old.

Nothing, one might think, could threaten a natural region defined by something so grandly everlasting, but the natural life of the Frontenac Arch is very vulnerable to change.

It can be thought of as a slender bridge or, more appropriately perhaps, a back-bone, the natural supporting structure for a vital living system of lakes, forests, wetlands and rivers that pulse with plant and animal activity. At the convergence of five separate forest regions, the Frontenac Arch and St. Lawrence River form great intersecting pathways for migration that are critical for sustaining healthy plant and animal populations throughout the region.

The result of this rare natural confluence is an exceptionally rich biodiversity, some of the richest anywhere in Canada. The region—within a five-hour drive of 53 percent of the population of Canada—is a refuge for many species in peril. More than 25 species at risk have been recorded in the Lost Bay and Gananoque Lake area, including the threatened cerulean warbler, Blanding’s turtle, western chorus frog and gray ratsnake, and the endangered American eel and butternut.

Ontario Nature has already taken steps to protect this precious natural system by creating the 588-acre Lost Bay Nature Reserve on the Gananoque River, just North of Gananoque Lake. And now we’re working to acquire other properties in the area including 360 acres on the nearby on Gananoque Lake.

This area is relatively untouched, and only a small percentage of it is lost to urban infrastructure. But agriculture, logging, cottage development and aggregate extraction could radically transform this landscape and the property that we’re trying to protect. These activities threaten to compromise the forest cover and endanger many species at risk and other wildlife. 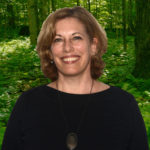 One Reply to “Land Before Time”