As fireworks explode on December 31st flocks of wintering birds also explode into the air in panic. They become disoriented, bang into windows or trees, fly too high and too long wasting energy and warmth. Concern for birds and elk on the Bow River has caused Banff, Alberta to replace fireworks with low-altitude, low-noise pyrotechnic displays.

Now, as we make our New Year’s resolutions, some of us are thinking about summertime and the excess of fireworks on our Ontario lakes.

On the first of July weekend the noise from fireworks is intense, the colours incessantly exploding above the lake. One year, a phoebe crashed into our window desperate to escape the unnatural noise and crazy light. It makes us thinks of the whip-or-wills which call close to our cottage on June and July nights. We feel so fortunate to have them.

What does this human-made extremity of noise, light and colour do to the loons, herons and osprey that live on our lake? What about the nesting phoebes, scarlet tanagers and indigo buntings, or the chipping sparrow, redstarts, sapsuckers hummingbirds and great flycatchers? Are the chipmunks cowering underground, the nocturnal flying squirrels unable to search for food? How do mink and raccoons and beavers react? When the spent firecrackers land in the water, how does this affect sunfish, bass, trout and muskies?

Many animals have more acute hearing and smelling than humans; so the effect of fireworks is magnified for them. One year as fireworks set the dogs around howling, our son’s small dog escaped out the back door heading for the city. Animals may become disoriented. Animal shelters report an increase in roadkill and injured animals after a firework event.

Researchers at Acadia University, Nova Scotia, found that colonial species of birds who nest in high densities, such as the herring gull, are most at risk during a round of firecracker explosions. After a loud bang, most birds fly away in fright, and the nesting mothers of the flock sometimes cannot find their own nest upon return, endangering the well-being of nestlings. A study in the Netherlands using radar tracked thousands of birds fleeing en masse during New Year’s Eve celebrations becoming disorientated, wasting energy. According to the National Fire Protection Association, 32,300 fires were started by fireworks between 2000 and 2004 on July 4th-related events.

Gunpowder that fuel the explosions and metallic compounds that colour the show rain down on land, river and lakes. These metals include cadmium, a known carcinogen, strontium for red colour, aluminum (white), copper (blue), barium (green) and rubidium (purple). We reduce emissions on diesel vehicles and emissions from factories, but fireworks emissions are unchecked. Are we violating our Clean Air Act? Does our Clean Air Act even deal with fireworks?

Sure, fireworks are fun! People come in boats to watch around the small island on our lake for the annual show. They cheer as the explosions intensify. The show gets bigger and better every year. But how much is enough? And how often is enough? Almost every summer weekend we hear fireworks somewhere on the lake.

If we decide fireworks should be restricted, how do we begin? Most lakes have a cottage association where people we can introduce the subject. Change begins with awareness. The Township of North Kawartha has drafted a bylaw to limit fireworks to five weekends a year. This is to be voted on at their next board meeting.

Kids love fireworks. Some adults too. These are hard decisions. But let’s put the questions out there. Do we opt for the oohs and aahs of these explosions of noise and coloured light? Or do we opt for lakes that are safe for fish, loons, osprey, herons, nesting phoebes and the other animals we share our ecosystems with? 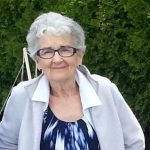 Enid Mallory is a writer, photographer, bird-watcher and nature-learner. She has 12 published books: biography, social history, northern exploration, social history, outdoors, travel and gardening. She is a cottager and camper, and concerned about the future of our lakes and wildlife.