Holland Marsh: No Place For a Freeway

The former mayor of Toronto, David Crombie, once gave me invaluable insight about how we view nature. He said, “We look at green spaces and nature as places with potential. Potential for housing, potential for strip malls, potential for highways – not as if they already have a purpose. We need to recognize they aren’t places with future potential, they are places that have important existing purpose in our wellbeing and our planet’s health.

A case in point are the special lands within the Greenbelt now being eyed for highways and more sprawl. These lands provide our water, clean our air, reduce flooding and grow our food. Most have heard of Highway 413, but there’s a sinister, shorter cousin planned to cut through the Greenbelt south of Lake Simcoe – the Bradford Bypass.

The Bradford Bypass, or the Holland Marsh Highway – is a 16 km, four to six lane freeway that would cross several watercourses feeding into Lake Simcoe’s Cooks Bay and bisect the lake’s largest and most important wetland, the Holland Marsh.

Originally planned over 30 years ago, an environmental assessment in 1997 warned of contamination of surface and groundwater, loss of significant wetlands and habitats, increased air pollution and loss of farmland. These studies were completed well before the Greenbelt Plan, Lake Simcoe Protection Plan, Clean Water Act, Growth Plan and Endangered Species Act. The studies reflect neither the full extent of the impacts nor new knowledge about climate change and biodiversity loss.

Indeed, the highway will run directly through the habitat of at least 11 species at risk.

Groups organizing against the Holland Marsh Highway are demanding updated studies that reflect current concerns about Lake Simcoe, climate change and biodiversity loss as well as a full investigation of alternatives such as regional transit and regional road improvements. Such scrutiny is reasonable before we spend almost $1 billion for this highway, no?

But, money talks and fiefdoms must be built, apparently. The Government of Ontario is not only ignoring these reasonable requests, but is proposing to exempt the highway from the requirements of the Environmental Assessment Act. This would fast-track bridge construction, road widening and utility relocation before completing studies required as a condition of the 1997 Environmental Assessment approval.

If the bridges are built before studies are completed, the highway is much more likely to go forward. It’s much harder to stop once damage is done and key pieces are already assembled.

We cannot afford to sacrifice significant wetlands to pavement and sprawl. Please join us in asking the government to reject the proposed exemption from the Environmental Assessment Act and to ensure that the Holland Marsh Highway gets the scrutiny it deserves. 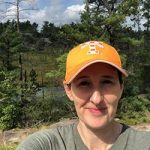 Margaret Prophet is the Executive Director of the Simcoe County Greenbelt Coalition.

21 Replies to “Holland Marsh: No Place For a Freeway”