Summer evenings used to be filled with the acrobatic flitting of bats chasing their next insect meal. Unfortunately, bats have vacated the night sky over much of eastern North America due to an invasive fungal disease that is decimating populations.

In the winter of 2006, biologists with the US Fish and Wildlife Service were monitoring hibernating bats in a cave in New York State. Craning their necks to count the sleeping bats, they noticed a strange, fuzzy white growth on some bats’ noses. The next year they found more white-nosed bats in the cave as well as dead bats on its floor. The fungus, which was previously unknown to science, grows on the nose, ears and wings, causing a deadly disease named white nose syndrome (WNS).

The fungus was probably introduced to North America by spelunkers (people who explore caves). Bats themselves also carry fungal spores among hibernation sites, causing the fungus to spread quickly.

WNS has caused massive declines in bat populations, including that of once-common little brown bat, and is considered a major conservation crises in North America. First recorded in Ontario in 2009, it has spread rapidly across the province, decimating populations as it goes.

Genetics can be applied to the conservation of threatened species.

1) how populations are connected,

2) whether they are adapting to environmental changes, and

3) whether some individuals are more likely than others to survive particular threats. 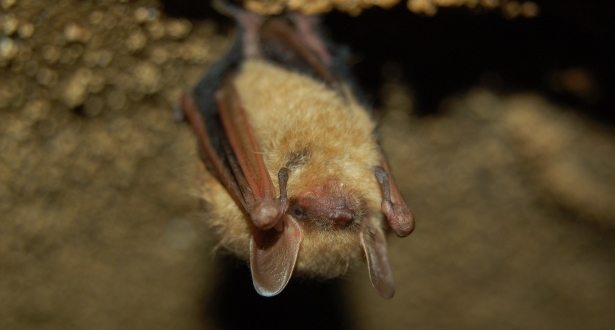 We focused on the little brown bat, which is heavily impacted by WNS. These tiny creatures, which fit easily into my cupped hand, can live more than 40 years in the wild. They also can migrate more than 600 km, navigating from one cave or abandoned mine to another to hibernate. Understanding how bats move among sites and across the landscape can help us predict the spread of the fungus and identify priority areas for conservation.

We hypothesized that bat populations might be connected across Canada, in which case the fungus could spread quickly across the country. Alternately, bats across Canada might belong to several distinct populations, with individuals restricted to their population of origin. If this is the case, the fungus might move more slowly from one population to another, but more quickly within a population.

Our collaborator, Felix Martinez Nunez, collected DNA from bats at caves and mines in northwestern Ontario and Manitoba during his graduate research in the Willis and Good labs. (To collect a bat’s DNA, scientists remove a tiny piece of skin from its wing. The resulting wound heals within a few weeks.) He used genetic markers called microsatellites to create a DNA profile for each site, and we estimated how closely related bats from each site were to one another based on these data. Our study is critical to WNS management in Canada because it is taking place at the leading edge of the disease’s advance. In 2014, the fungus was discovered in Thunder Bay. 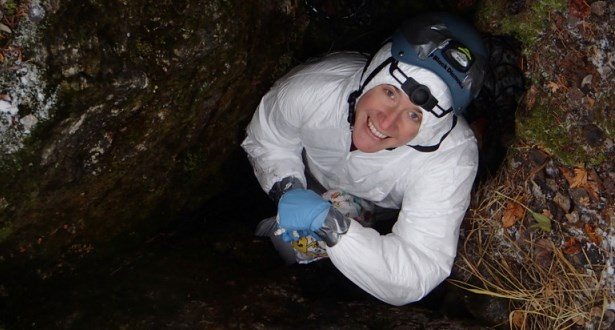 Data from microsatellites can also be used to estimate where there are barriers that separate populations from one another, and can estimate the direction of gene flow. In other words, in which direction is there the most movement across the landscape? For example, are bats moving mostly in the same direction as the fungus, and therefore more likely to quickly spread WNS? Or do they move mostly in the opposite direction, more likely to slow the spread of WNS?

Our research revealed that bats in the study area belong to at least three distinct populations, rather than the single population we had expected. Despite no obvious barriers to bat movement on the landscape, something has kept these populations distinct.

Behaviour can keep populations separated almost as strongly as physical barriers. We wondered if bats in each population might prefer particular habitats, remaining separate because of these preferences. To test this hypothesis, we are now working on an extension of our first study, using DNA samples taken from more than 1,000 bats across Canada. We are also testing whether particular genetic profiles are linked to a bat’s chance of surviving white nose syndrome, and why some bats die from the disease while others do not even develop symptoms.

These are two examples of how genetic methods can be applied to the conservation of a threatened species. DNA carries not only the code allowing each individual to function in its environment, but also complex signatures of evolutionary history that can help us predict a species’ future. Understanding a species’ biology – in part through genetic analyses – is key to effective conservation.

Learn more about white nose syndrome in “New hope for beleaguered bats” (ON Nature, fall 2015). Researchers in the United States have discovered two bacteria that may inhibit fungal growth. 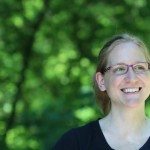 Dr. Christina Davy is a conservation scientist who studies how threatened species respond to major environmental changes. As a Liber Ero Fellow at Trent University, Davy studies the impacts of white nose syndrome on bats. She also runs a reptile research and conservation program in southwestern Ontario.

3 Replies to “Can genetics help bats?”

On June 2, 2022, we have an opportunity to elect biodiversity and climate leaders. The next Government of Ontario will make a generational difference.

Raise your voice for biodiversity protection and climate action.