This year, one of my new year’s resolutions was to take the true birding plunge and start keeping a list. Apart from choosing a new notebook, this also entailed a slew of other decisions. What constitutes a list? Will I keep a life list? A year list? A seasonal list? Will I subdivide my list geographically? What about the province of Ontario, would I list birds by county? My nonbirder husband innocently asked how many new notebooks I planned on purchasing.

I finally decided on a system. Currently, I have two notebooks: one for my life list (to which I add every new species I’ve seen, in other words, my lifers) and another that I call my year list, which includes all the birds seen on outings during a calendar year. I’ve decided that I will include birds from my travels, but will footnote that information in my final count. At the end of 2013, I’ll have an Ontario count, and an Ontario-plus-Rest-of-the-World count. I may have to approach my computer programmer husband to assist with a process that may involve diabolical spreadsheets for the ultimate tabulations; he may well lose patience with my not-so-scientific system of classification, but this is just one of the perils of cohabitating with an amateur birder. 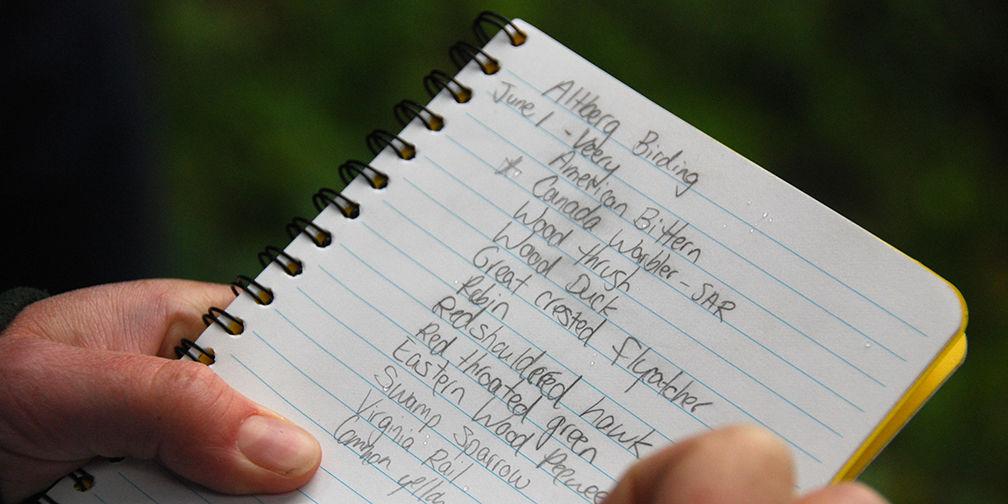 Initially, I thought the idea of listing was crazy. I just like seeing the bird, I told people. I’m not going to turn into one of those birders! Compulsive listing has never been my forte. And then I remembered something about myself that I kept under wraps: I was already a lister. I have files of every movie seen (along with date, company, and place), every concert attended, and every play watched since 1993. Another computer file revealed even more compulsive record-keeping: I have a list of every single trip taken since the age of 13. The list also includes names of people visited, overall trip quality, memorable details (including meals) and excursions.

I often wonder, did I find birding or did birding find me? Before I ever went out birding, I already owned a Tilley Hat. As a writer, I notice details and pay close attention to body language, tone, and read between the lines, even when the situation doesn’t require it. I had no idea that there was a hobby out there that required my particular set of personal, somewhat compulsive obsessions. 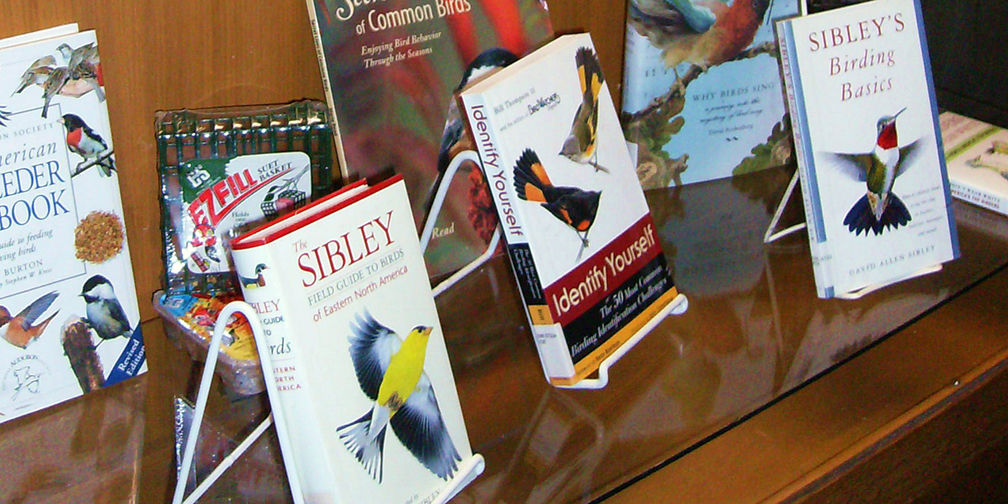 But the fact of the matter is lists help. The lists remind me where I’ve been, and also help me study and recollect specific bird features. So far, I’ve been transcribing the bird’s name, Latin binomial, date and location where I first made eye contact with the avian creature, and certain critical field notes, including the bird’s mood, hairdo, and attitude. Given my lack of drawing talent, I cross reference my life list with page numbers in Sibley’s field guide. I can’t say my attempts at listing come anywhere near Phoebe Snetsinger’s brilliant, expansive and scientifically sound record of 8000-plus bird sightings, but my notebook features almost equally essential data in the form of marginalia about the quality of coffee or lunch to be found near a bird’s habitat.