The disappearance of the American eel

Hello Ontario Nature readers, my name is Amirah El-Safty. Today, I’d like to talk to you a little bit about the American eel.

The American eel is a freshwater species of eel,  in Canada you should be able to find them living in just about any fresh body of water, estuary or coastal marine waters that are connected to the Atlantic Ocean, but they are catadromous, which means they return to the ocean to breed. They aren’t pretty creatures, to be sure. Though not quite as menacing as Ursula’s twin moray eels Flotsam and Jetsam, they still have long, serpentine bodies, several rows of teeth, and embedded scales. Adult females can grow up to be a metre in length. 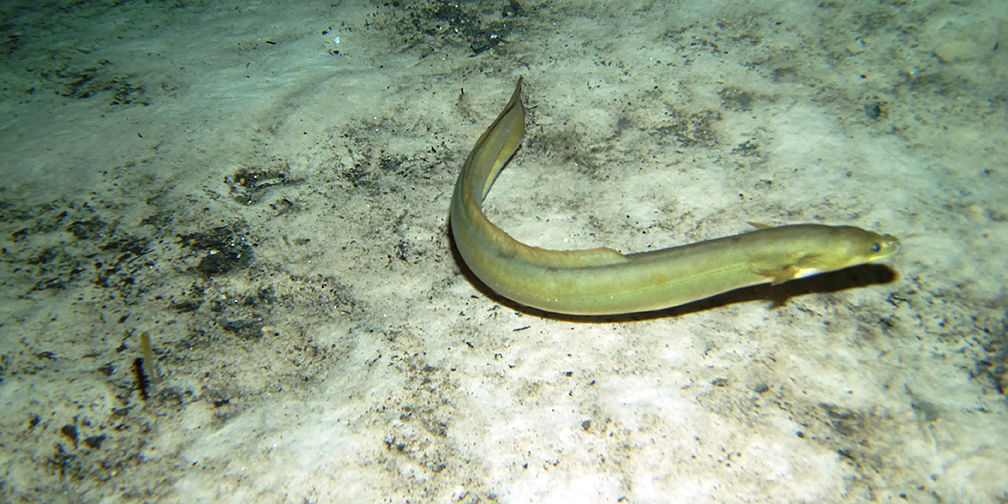 Despite it’s alarming appearance, the American eel is essential to the health of its aquatic ecosystem. “They play an important role both as predators, and as a source of food,” explains Anne Bell, Director of Conservation and Education at Ontario Nature. Its diet is diverse. It will eat almost anything in its immediate environment including insects, fish, fish eggs, crabs, worms, clams and frogs. Eels will even eat dead animal matter. As a top predator, the American eel helps keep other fish species’ populations in check.

However, a once abundant species has rapidly declined in its Canadian habitat, and almost disappeared from its habitat in Lake Ontario and the upper St. Lawrence River. Parks Canada suggests that the eel population has declined 99% in recent years. 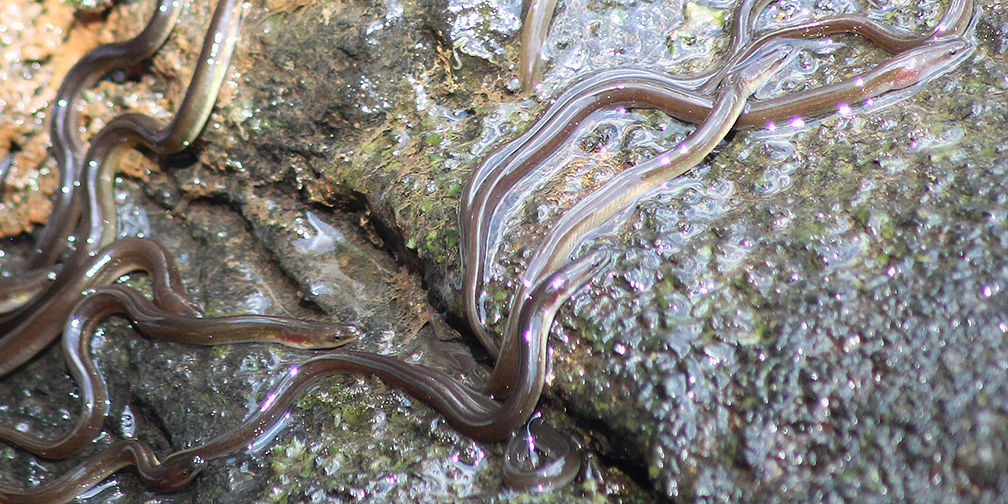 American eels are most frequently killed by hydroelectric facilities. The Ministry of Natural Resources (MNR) estimates that 40% of mature eels are killed as they try to pass through turbines that obstruct their migration paths. Other threats include habitat degradation, parasites and overfishing.

“The focus of efforts now has to be on providing adequate and safe passage up and down rivers (unobstructed passage or eel ladders) to address mortality due to hydroelectric facilities,” says Bell. In addition, Bell believes there is still much do, like protecting and restoring inland watersheds, and making sure all future hydroelectric facilities are built to allow for eels to safely pass through.

Government regulation and careful planning are key to saving the eel. “Even though the eel has been listed as endangered in Ontario for many years, its habitat still hasn’t been protected,” says Bell. “It is urgent that the government take action now to address this situation.”

Amirah El-Safty is an aspiring journalist and traveler based in Toronto.