People have different personalities. Some are shy; others are bold. Some are extraverted; others are introverted. These personality traits influence our academic success, job performance, personal relationships, health and susceptibility to disease. In the McLaughlin Lab at the University of Guelph, we are interested in detecting personality differences in animals and determining whether this kind of information can inform management. One of our projects focuses on the non-native sea lamprey and its management in the Great Lakes.

Do wild animals have personalities? The short answer is yes. From insects to vertebrates, animals show extraordinary personality differences. Could personality influence the ecology, evolution or management of species? This is a much more difficult question, and although this kind of research has a long history, only a handful of studies show that personalities can influence foraging and migratory decisions.

This finding is particularly interesting from a management perspective because invasive species often appear to spread like wildfire by foraging and migrating to new habitats. Perhaps some individuals within a population are behaviorally more prone to invade new habitats than other individuals. Such information would be helpful to managing a potential invasion.

In the Great Lakes, the sea lamprey is a management problem that literally sucks. Sea lamprey is an eel-like fish that latches on to other fish to feed on blood and tissue, often killing its host in the process. 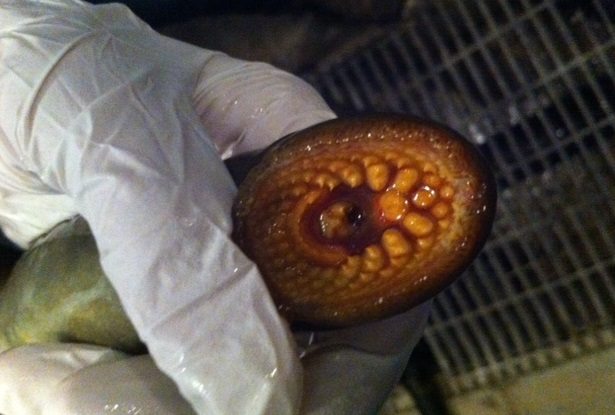 Sea lamprey is also an invasive species that is contributing to the decline of commercial and recreational fish species and disrupting entire food webs. That really sucks. Because of these negative impacts, sea lamprey has been the target of a control program since the 1950s. Controlling them isn’t easy, however, so fishery managers continue to look for ways to improve their methods. 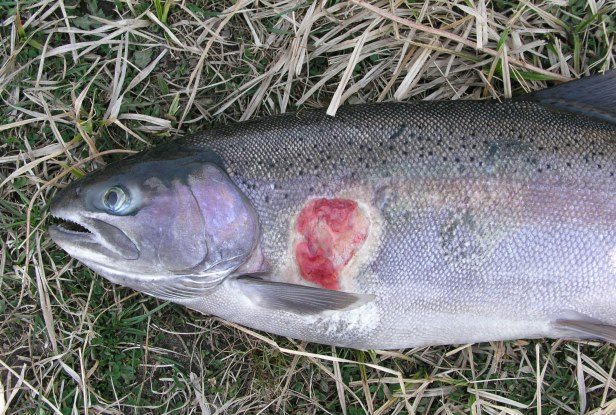 Sea lamprey wound on a rainbow trout by Rob McLaughlin.

Perhaps sea lamprey could be controlled by trapping. Currently, trapping is primarily used to determine population size, but perhaps it could also be used as a control method. Adults could be trapped while migrating up rivers to spawn and removed before they are able to do so. Trapping could be especially valuable for control in large rivers, where other control methods, like chemical lampricides and migration barriers are impractical. 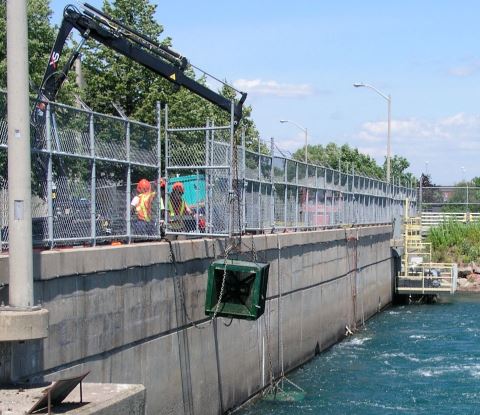 This is where personality comes in. What if differences in behaviour make some sea lamprey more trappable than others? A better understanding of personality could help researchers and managers design traps to capture individuals with different personality types.

If behaviour influences whether or not an individual sea lamprey becomes trapped, we expect that trapped individuals will have different personalities than those that are not trapped. We investigated this hypothesis by collecting trapped and free-swimming (which we collected using electrofishing) sea lamprey from streams and assessed their personality in our lab. 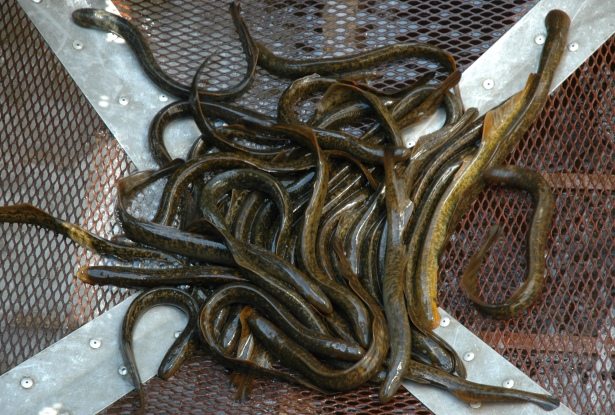 Personality is usually assessed by quantifying whether an individual is bold or shy, whether it is generally more or less active, and how it responds to a predator. Therefore, we measured how long individuals took to exit an enclosure into a novel environment (shy/bold), how active they were (general activity), and how their activity changed in the presence of a predator cue (a chemical found in the urine of a predator).

The unique combination of how an individual responds in each of these assays defines its personality. An individual’s personality should be consistent; therefore we tested each individual multiple times. Our experiments were run in the dark, because sea lampreys are active at night. That sucked for us.

Our research showed that sea lamprey have personalities. Some individuals were reluctant to leave an enclosure (shy), while others exited quickly (bold), as seen in the videos below. Some were much more active than others. Some tried to avoid the predator cue that we released into the water around them, while others froze. Clearly, not all sea lamprey behave in the same way, but each individual is consistent in the way it behaves, which is what we expected.

Does personality matter for trapping? Our results indicate that personalities of free-swimming sea lamprey (trap avoiders) are significantly different from those of trapped sea lamprey. This is interesting because it means that by understanding the behavior of sea lamprey we might be able to design better traps and thereby improve control methods. However, it is still unclear whether our findings apply to large rivers where trapping is needed most. We are continuing to test this idea.

Our findings also reveal that we may have fallen into a trap – a conceptual one. When we manage animal populations, we tend to think that all individuals are the same, but they are not. Escaping this conceptual trap requires us to change the way we think about animal behaviour. 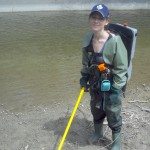 Adrienne McLean is a recent MSc graduate from the Department of Integrative Biology at the University of Guelph. Her thesis focused on the behaviour of adult sea lamprey and its implication for trapping. 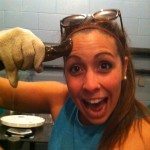 Emelia Myles-Gonzalez is an MSc student in the Department of Integrative Biology at the University of Guelph. She is interested inpersonality and invasive species and is continuing our investigation of personality in sea lamprey. 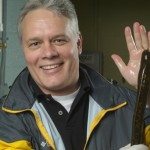 Rob McLaughlin is an associate professor in the Department of Integrative Biology at the University of Guelph. He is also one of the Great Lakes Fishery Commission’s Partnership for Ecosystem Research and Management scientists. His research addresses the behaviour, ecology and management of fish.

9 Replies to “Invaders with personality”