While Arthur C. Clarke may have predicted that 2010 will be “the year we make contact,” the United Nations is asking us to take a more inward looking approach, declaring the coming 12 months to be the International Year of Biodiversity.

In advance of that, researchers in Australia have completed a monumental effort, compiling data on the world’s 1.9 million documented species of flora and fauna. (Estimates for the total global tally of life forms, including undiscovered species, range widely – from 3- to 100-million – depending on who’s doing the counting.) And the figures they’ve published in Numbers of Living Species in Australia and the World reach a despairing conclusion: about 1 percent of all species (16,956 to be precise) are threatened with extinction. In the hardest-hit phylum, chordates – better known as vertebrates, a group that includes mammals, birds, reptiles, amphibians and fish – nearly 10 percent (5,966 of 64,788 species) are at risk.

The threat to biodiversity was the focus of Diversitas, a three-day conference held in October in Cape Town, South Africa. A statement released on behalf of the 700 environmental scientists who’d congregated from around the world came to an equally bleak conclusion that “the fabric out of which the Earth system is woven is unravelling at an accelerating rate.”

But they did suggest a way to get people’s attention and incite action: Stressing to the public and policymakers the economic value of biodiversity. “Investing in the ecological infrastructure of this planet is as important as building schools, roads, hospitals and houses. It will cost a lot more in future if we don’t act now,” said Achim Steiner, executive director of the United Nations Environment Programme.

Here in Canada, inaction has meant that our national species at risk list continues to grow. More than 80 percent of the 475 species currently listed by the Committee on the Status of Endangered Wildlife in Canada (COSEWIC) as endangered, threatened or of “special concern,” live all or part of their lifecycles within 100 km of our southern border with the United States. Not surprisingly, that’s also where most of our population – and commercial, industrial, and residential development – is concentrated. All the more reason to focus on conserving the natural spaces we still have. The land is simply too valuable to do otherwise.

Learn more about Ontario’s biodiversity with us! 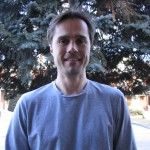 Allan Britnell, a Toronto-based freelance writer and editor, is a frequent contributor to the magazine.