Spotted salamanders spend the majority of their time underground and out of sight. However, every spring they emerge to breed and lay eggs in the low lying areas of forests that fill up with water, which are called vernal pools. 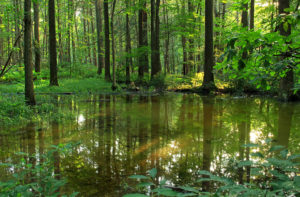 Spotted salamander eggs are easy to identify because they often have a bright green glow. If you’ve ever seen them you may have thought that they had died and become ‘moldy’- in fact, the eggs are very much alive! The green glow is given off by a species of algae (Oophila amblystomatis) that blooms with spotted salamander eggs. The algae aids in embryo development by producing oxygen.

The presence of alga growth with spotted salamander eggs has been misunderstood for decades. It was always thought that this alga remained on the exterior of the egg masses, feeding off of nitrogen waste produced by the embryos and providing oxygen to the developing eggs in return.

However, in July 2010, Ryan Kerney of Dalhousie University discovered that this alga actually interacts with the salamanders on a much more intimate level. Kerney found that the alga not only grows on the exterior of the egg mass, but it enters into the embryo and even the salamanders’ body. This was a historic discovery because a pairing interaction like this had never been documented between a photosynthetic organism and vertebrate species before! 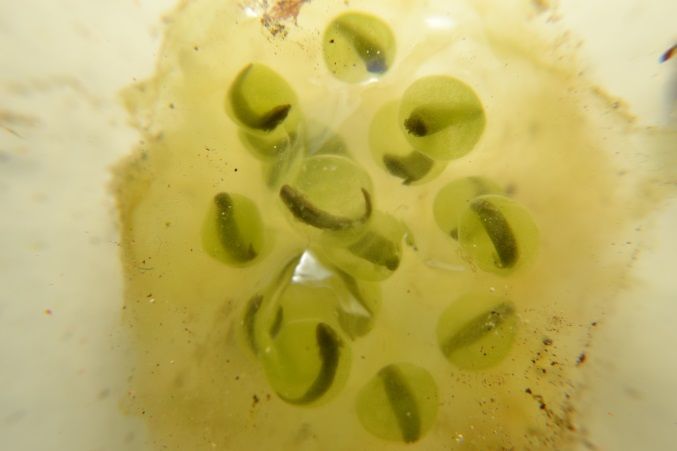 In order for this relationship to be possible, it’s suggested that the salamander’s cells allow for the algal cells to enter the body. In doing so, the alga provides the amphibian with the products of photosynthesis, such as oxygen, which helps the egg grow into a salamander.

So the next time you’re near a vernal pool, keep your eye out for these tiny glowing eggs. Now you’ll know that they’re not moldy eggs, but they’re actually tiny spotted salamanders that are trying to grow with some help from algae! 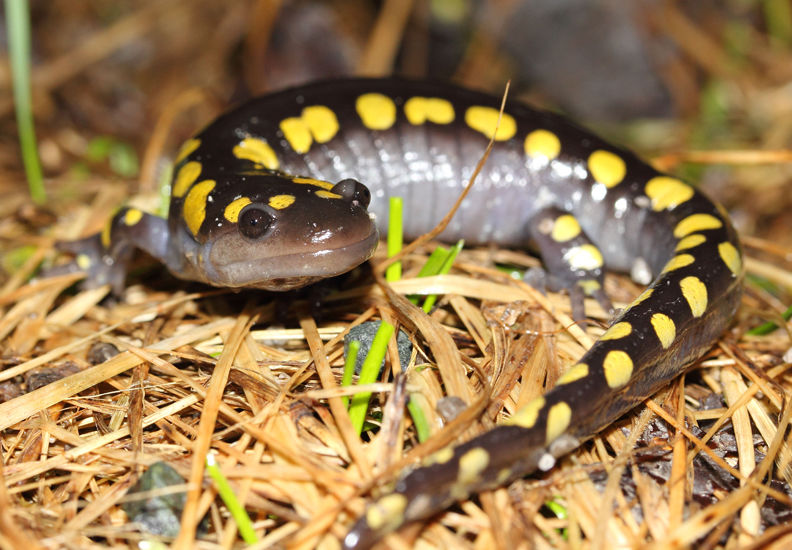 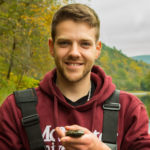 Ryan is a Nature Reserves Intern at Ontario Nature, working to protect our natural spaces and native species.