Part 1 of a 3 part blog series about the Province’s failure to uphold strong protections for our most vulnerable plants and animals.

I came back from vacation in mid-August to face a nasty surprise on the Environmental Registry: a government proposal to strip nine species at risk of their core legal protections under the Endangered Species Act, 2007 (ESA). If the provincial government proceeds as planned, these species and their habitats will no longer be protected from harm associated with forestry, mining exploration, energy development, residential and commercial development, and more.

Listed (or reclassified) as at risk in 2015 or 2016, these nine species will join dozens of other plants and animals similarly deprived of legal protections since 2013. They will be the latest casualties of a government unwilling to enforce a law that it proudly passed to much praise and fanfare less than ten years ago. 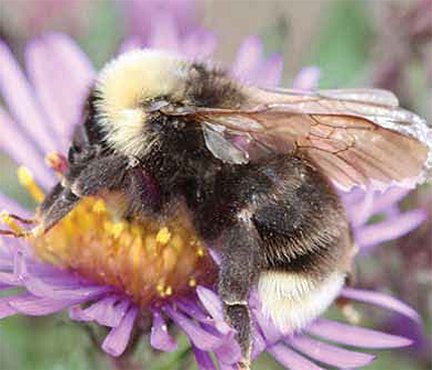 About to fall through the torn and tattered safety net of the ESA are three mammals (American badger, tri-coloured bat, Algonquin wolf), two snails (broad-banded forestsnail, proud globelet), a turtle (eastern box turtle), an insect (gypsy cuckoo bumble bee), a fish (warmouth) and a tree (blue ash). Maybe the government is trying to “equitably” distribute negative impacts to all sorts of taxa, rather than just one? All are equally betrayed (though the mammals, admittedly, are over-represented).

Adding insult to injury, the government contends that the anticipated environmental risks and consequences associated with the new exemptions are “likely neutral.” It has conducted an analysis, apparently, but has declined to release any details to the public.

All for the sake of enabling “cost savings to individuals, businesses and government” – their words, not ours.

I for one have had enough of government spin and tradeoffs. Is it too much to ask that the government implement the ESA as it was intended? 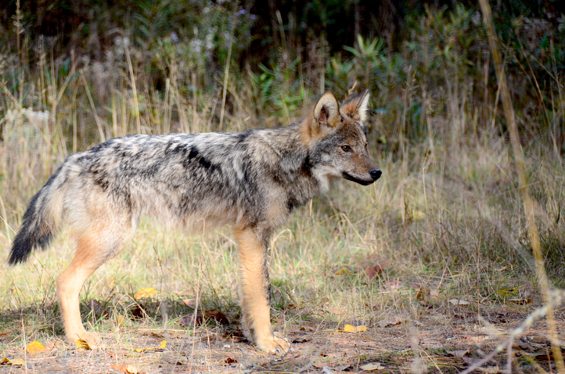 For those who are new to this sorry situation, Ontario introduced sweeping exemptions from ESA requirements for many industries just over three years ago. These exemptions essentially amount to a free pass to kill endangered or threatened species and destroy their habitat, as long as harm is “minimized.” In response to this appalling situation Ontario Nature, in partnership with CPAWS-Wildlands League, has taken the government to court. We lost round one and are now awaiting the outcome of our appeal).

Fingers crossed. Regardless of the outcome, it does make you wonder why the government would pass a law like the ESA, intended to protect species at risk and promote their recovery, only to turn around and use every tool in its toolbox to undermine it.

If this makes your blood boil too, please join us in opposing the new exemptions.