In search of short-eared owls

On a stormy midwinter morning, conservation staff Laura Robson, Megan Anevich, James Paterson and I piled into a car and set out on a road trip to visit the Altberg Wildlife Sanctuary Nature Reserve. This trip wasn’t just a joyride. We headed out with a clear purpose in mind: to find the elusive short-eared owl.

Short-eared owl populations have declined provincially and nationally as a result of marsh and grassland habitat loss, and are listed as a species of special concern (COSSARO 2008). Short-eared owls begin courtship behaviors in late winter and can be seen hunting around agricultural fields and pasture lands at dawn and dusk.

On the way to Altberg, and MelMar farm in the beautiful Kawartha lakes region, Laura, Megan, James and I saw two red-tailed hawks and a big flock of wild turkeys. 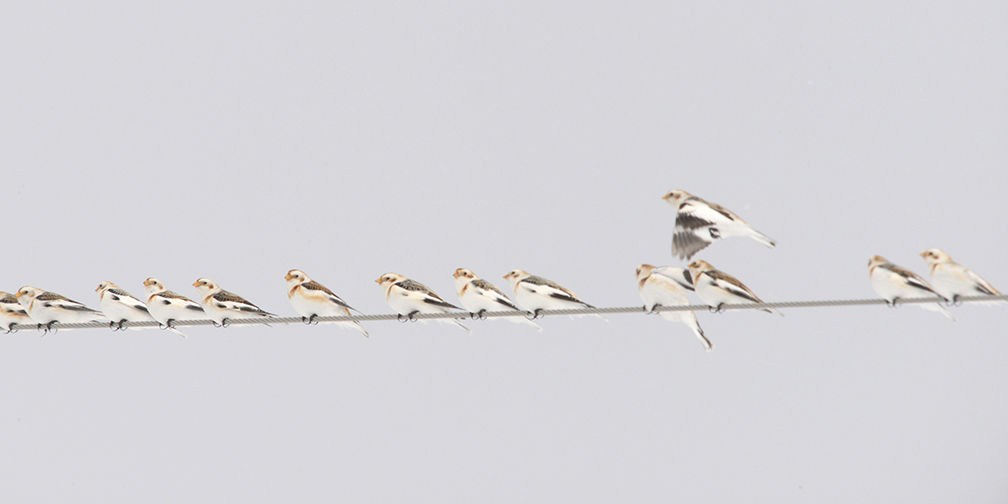 Upon arriving at the farm, no less than 18 snow buntings sat on a telephone wire by the house. Not far from the snow buntings, a flock of 24 common redpolls perched in a tree, and two tree sparrows, many black-capped chickadees and one white-breasted nuthatch flitted from the hedgerows.

We walked through meadows, cattail wetlands and a forest, seeing both a ruffed grouse and a hairy woodpecker, half hidden by the boughs and branches. 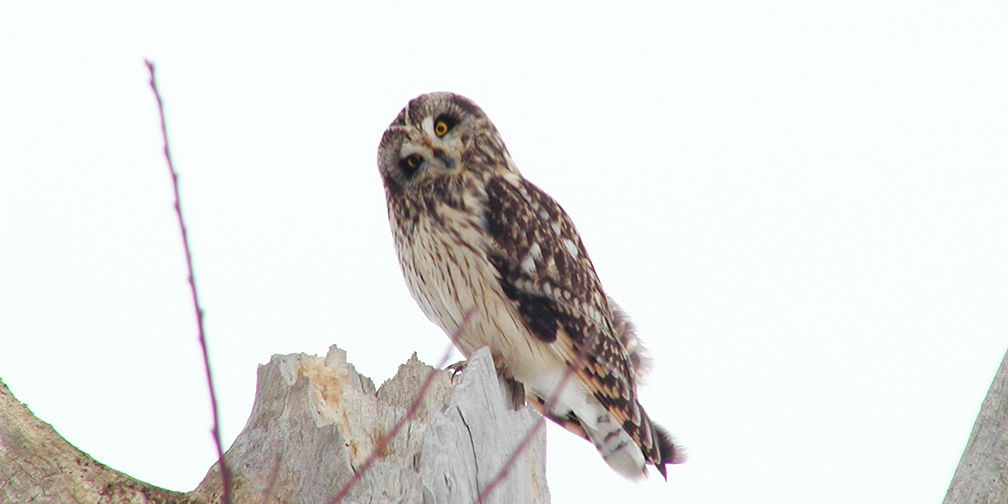 While we never did catch a glimpse of the elusive short-eared owl, we did see some other natural wonders: ruffed grouse, a northern shrike and ravens flying overhead. On the way from the reserve we also lucked out and saw the flock of snow buntings again as well as a downy woodpecker and two blue jays. These are just some of the natural treasures you find on our nature reserves.