Which wild pollinators are in decline and why?

There are 1,000s of wild pollinators in Ontario. Bees and flies are most significant, but butterflies, beetles, wasps, ants, moths and hummingbirds also pollinate plants. It is important to keep this in mind when reading about pollinator decline, which has been a hot news topic for many years.

Pollinators are far more numerous and diverse and the issue of pollinator decline is far more complex than one would gather from the news. Each pollinator has a unique evolutionary history, habitat requirement, distribution, abundance and vulnerability to threats.

Media have too often focused on two species: the European honey bee (an introduced species) and the monarch butterfly (a native migratory species). In terms of threats, media have focused on neonicotinoids, commonly-used systemic insecticides which are proven to have lethal and sublethal effects on pollinators.

Neonics, as they are often called, are particularly harmful to species (both native and non-native) that inhabit agricultural landscapes. The European honey bee, used by farmers to pollinate crops, is directly and indirectly exposed to neonicotinoids. The monarch butterfly, which migrates through the United States’ Corn Belt, is also heavily exposed.

The fate of these two species (the honey bee and monarch) and the threat posed by pesticides (including neonicotinoid insecticides) are of great importance, but the story is so much bigger.

As a scientist with a keen interest in native species and ecosystems, I want to know about the pollinators occurring outside of agricultural regions – those in cities, towns, forests, alvars, sand dunes and grasslands. Are they also in decline? If so, what are the main threats to their survival?

This is what my colleagues and I are rapidly trying to assess. Unfortunately, our efforts are hampered by limited baseline data available for most insect groups. It is difficult to determine change in a species’ population and range without historic data.

Sufficient data do exist for two insect groups – bumble bees and butterflies, which have been studied for quite some time. This makes it possible for us to assess them and examine threats to their populations.

In partnership with the IUCN Bumblebee Group Specialist group, I recently contributed to the North American Red List assessments for 46 North American bumble bees. We found that 1/4 to 1/3 of assessed species are at risk of extinction. Some species have experienced drastic declines while others have experienced slow and steady declines. Still other species have shown remarkable stability and, in some cases, increases in abundance and distribution.

My colleagues and I are exploring threats to declining bumble bees. Most of these species have expansive ranges covering a number of habitat types and political jurisdictions. This is true for the endangered rusty-patched bumble bee, which was the focus of my PhD work. This species historically ranged from southern Ontario and Quebec in the north to Georgia in the south, and from North Dakota and South Dakota in the west to the Atlantic coast in the east.

The rusty-patched bumble bee’s 90 percent decline throughout its extensive range cannot be explained by pesticide use or habitat loss alone. More is at play, as discussed in “The other missing bee”, an article in the fall 2013 issue of ON Nature. We are studying the species’ habits and ecology to determine its vulnerability to multiple threats, which often work in combination. These threats include habitat loss, climate change, pathogen spillover from managed bees, pesticide exposure and invasive species.

Placing the blame on one smoking gun or focusing conservation efforts on one or two species is misguided. To effectively conserve Ontario’s great diversity of pollinators, we must do the following:

I am a scientist first and foremost, but also a concerned citizen and an enthusiastic sharer of knowledge. That is why I communicate and collaborate at every opportunity, and why I helped create Bumble Bee Watch, a citizen science project which engages non-scientists in bumble bee research and conservation. Please visit the website and get involved. Scientists need your help. 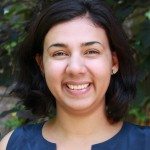 Sheila Colla, PhD, is an Assistant Professor in the Faculty of Environmental Studies at York University and co-author of The Bumble Bees of North America: An Identification Guide.

2 Replies to “Which wild pollinators are in decline and why?”