The Malcolm Bluff Shores property has an amazing physical diversity, with over 110 metres of elevation change.

The 461-hectare (1,140-acre) Malcolm Bluff Shores property is located on the Niagara Escarpment on the north shore of Colpoys Bay, an embayment of Georgian Bay, and includes four kilometres of undeveloped Great Lakes shingle beach shoreline as well as an unbroken expanse of forested land. The Bruce Trail crosses the property, running along the top of the escarpment. The views from the trail looking out across Georgian Bay are spectacular.

The Malcolm Bluff Shores property has an amazing physical diversity, with over 110 metres of elevation change from the beach to the highest point at the top of the escarpment. Six distinct geologic formations can be observed, as can wetlands, forests, talus slopes and vertical cliffs. Black bears, scarlet tanagers, ovenbirds, wood thrush, Canada warblers and peregrine falcons have been seen on the property, as have a number of rare fern species.

In 2011, Ontario Nature and the Bruce Trail Conservancy joined forces to launch an ambitious initiative to save an ecologically important area from development. Many individuals, foundations and organizations gave generously in support of this effort.

“The view from the towering cliffs of the escarpment at Malcolm Bluff Shores Nature Reserve is quite simply, stunning. You can walk for hours along the Bruce trail which intersects the property – one minute you’re immersed in dense forest and the next you’re gazing across the vast expanse of Georgian Bay. When I’m there I think about all the people who walked the trail before me, and those who will enjoy it after me. And of course, to the people who donated what they could to ensure that this place will be protected forever.”

Access to the lower portion of the property is at the end of Mallory Beach Road. From Wiarton head north on Highway 6 and turn right onto County Road 9. Turn right onto Mallory Beach road and follow it until the road ends. A small parking area is located at end of the road at the entrance to an old logging trail.

This is an official side trail to the Bruce Trail. This is a 4 km loop trail that will take you along the old logging road, and then down to the shoreline of Georgian Bay, as you make your way back to the Mallory Beach Road parking lot.

We do not charge a fee for entrance and there are no operating hours on any of our nature reserves. Properties are monitored by volunteer stewards. We rely on visitors to be safe, minimize their impact on nature and be respectful of others. For more information about visiting the reserves, please read our Permitted Activities Policy.

A parking area is located on the right, just beyond the 90-degree bend. This trailhead is the entrance to the main section of the Bruce Trail that runs through the property. 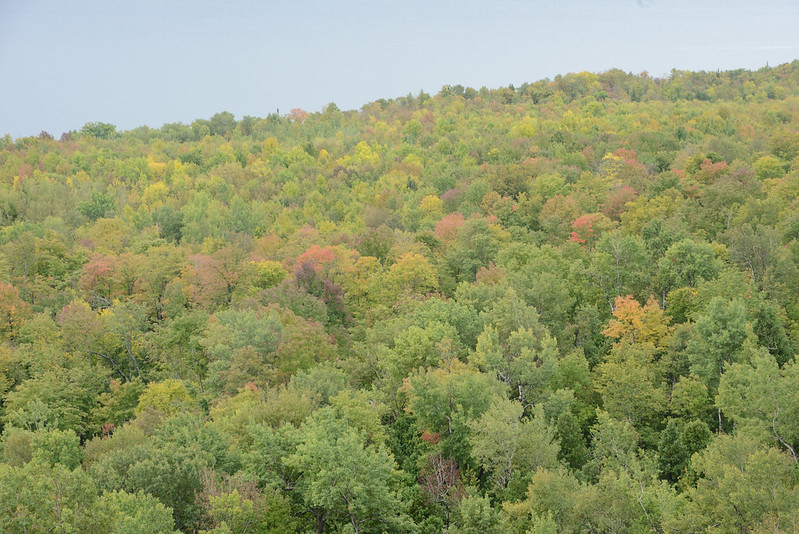 The Malcolm Bluff Shores Nature Reserve is generously supported by: