Drawing a line to protect the few remaining wetlands in Niagara

Today is World Wetlands Day – celebrated around the globe each year to raise awareness about the importance of wetlands. It is a perfect day to consider the storm that is brewing over wetlands in Niagara.

Wetlands provide critical habitat for wild plants and animals, including more than 20 percent of Ontario’s species at risk. They play a vital role purifying water, controlling floods, reducing erosion and mitigating climate change. These benefits, provided for free, are valued at over $51 billion per year in southern Ontario alone.

Yet wetlands have long been vilified as useless swamps and sloughs – dark, damp, unproductive places to be drained and paved over without a second thought. Sadly, we have lost over 70 percent of our wetlands in southern Ontario and these losses continue. In some places, like Niagara, the loss exceeds 90 percent.

What little remains of wetlands in the Niagara region, such as the provincially significant Frenchman’s Creek wetland complex near Fort Erie, merit protection. But many local politicians, and even the local Niagara Peninsula Conservation Authority (NPCA), are keen to open up wetlands to development. They speak of ‘balancing’ environment with other interests, such as housing. 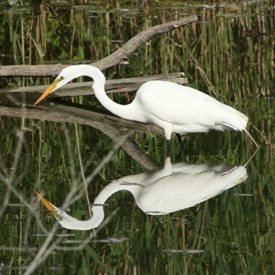 By what standards could balance be equated with further encroachment on the less than 10 percent of wetlands that remain in Niagara? For that matter, why is development in the few remaining wetlands being championed by a conservation authority?

Somehow, the NPCA and others are pinning their hopes on the provincial government’s proposed new wetlands strategy, to be released for public review and comment this spring.

The government’s goal, ostensibly, is to strengthen existing policies to halt wetland loss and ensure that wetlands are protected and restored. Part of the plan is to introduce a trade-off mechanism known as “biodiversity offsetting.” Offsets would allow wetlands to be destroyed under certain conditions, but only if they were restored or replaced elsewhere.

Such a mechanism could be appropriate in some situations, but only if the government sets strict, clear rules for offsetting, geared to ensure a net gain for wetlands and biodiversity. If not, offsetting may serve to circumvent policies that currently protect significant wetlands and open them up to further development.

Among other things, the government needs to set limits to offsetting, recognizing that it is inappropriate in some places and under some circumstances. Niagara is one such place – something that should be plainly obvious to local politicians, forward-thinking developers and certainly conservation authorities.