The first time I went out to look at birds, I had no idea what I was doing. Not only did I show up without binoculars, but I didn’t even know how to refer to the activity. When I met my birding group for the first time in a parking lot in Mississauga, I asked: “Are you all here to birdwatch?””No. We’re here to bird.” My first taxonomic faux pas.

Initially, I thought distinction between birdwatching and birding was pedantic. I mean, how different could the two be?

It turns out that the two verbs, “birdwatching and birding”  refer to vastly different experiences and states of mind. Birdwatching is a passive pursuit. You see, one can birdwatch from one’s kitchen window simply by looking out at the garden and marveling at the avian creatures that stop at the feeder. It is a casual hobby that rarely involves driving long distances. This doesn’t mean that it’s frivolous; on the contrary, most birdwatchers own field guides and binoculars, are passionate about the species they see, and can usually successfully identify birds. 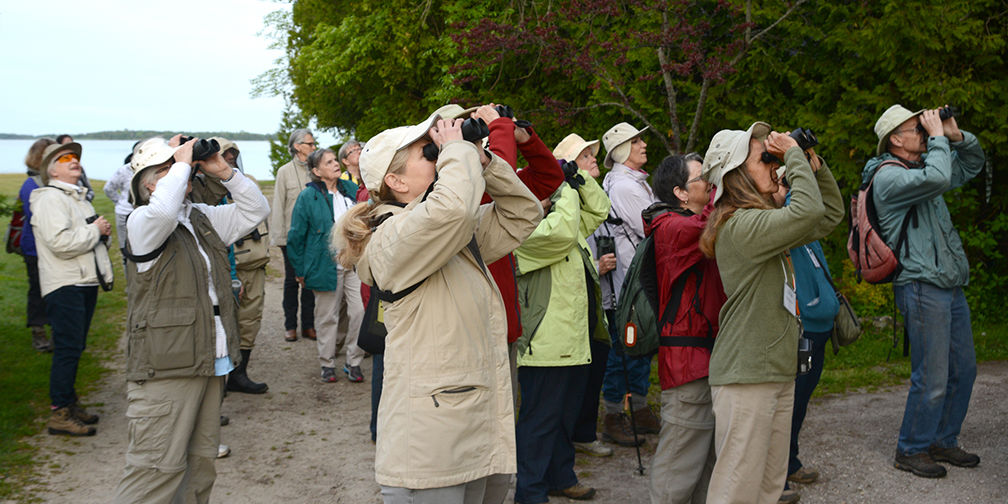 There’s something deeply contemplative about birdwatching. As the birdwatcher marvels at a bird in question, they are perhaps more likely to linger at the impressive sight and find themselves awestruck by the miraculous bird at the other end of her binoculars. The birdwatcher knows how to relish in the truly mysterious aspect of watching nature and letting the scene unfold in front of them.

Birders, on the other hand, are slightly more obsessed versions of birdwatchers. The birder is actively, sometimes even compulsively, pursuing birds; they are in it for the chase. The birder will think nothing of hopping into her car and driving two hours (and often much more) just to see a vagrant bird. In a sense, birding is about our human impulse to hunt, but without the blood.

Numbers are critical for the birder; when a birder has seen 22 waterfowl species in a day, they will likely want to drive to yet another wetland to raise the count to 25, or beyond. Often compulsive listers, birders who keep track of everything they see, subdivide their all-important life lists according to year, season, day, country, province/state, county and so on.

There can also be a competitive side to birding. For some, the quest to see and list avian species transforms into an elite sport. Particularly obsessive birders enter competitions such as the cross-country (or now, cross-province) “Big Year” or the even fiercer 24-hour New Jersey-based “World Series of Birding,” not to mention the myriad of smaller scale, more local contests. (Now these competitions are not only about fueling our competitive drive, but also about raising substantial funds for conservation.)

By the end of my first half-day in the field, once I’d seen and fallen in love with the red-winged blackbird, I wanted to see more. I craved more first-time sightings and realized that becoming a birder wasn’t as far fetched as I originally thought. After all, I’m seriously contemplating participating in my first Baillie Birdathon this May.

So what am I? A birdwatcher or a birder? I think it depends on the day. The more knowledge I acquire, the more I want to see. And yet, sometimes when I become obsessed by the chase I lose track of the contemplative aspect and miss it. In the end, I aspire to be a little of both.

What about you? Are you a birder or a birdwatcher?

10 Replies to “Birding vs. birdwatching”