“Eco terrorist.” “Environmental extremist.” “Latte-sucking, SUV-driving, Toronto tree-hugger.” My colleagues and I have been called many names for advocating for the conservation of caribou. When you live in part of Ontario’s remaining logging empire, as I do, talking about protecting caribou habitat can be like kicking a hornet’s nest.

Blaming environmental advocates for the woes of the forestry industry has become standard practice. At a recent annual conference for the Northern Ontario Municipal Association (NOMA), the genuine economic uncertainty created by the U.S.’s potential new softwood lumber tariffs was deftly paralleled with alleged “misinformation campaigns from environmental groups .” This is the same organization that passed a “cease and desist” resolution against Ontario Nature for our efforts to protect species at risk in 2015. I was once astonished to hear a senior government director tell a room full of forest managers that, “we need to target these environmental groups,” while he presented an illustration of a deer with a bullseye on it.

Who are they speaking on behalf of? Certainly it is not the people of northern Ontario at large. In many small communities across my region in northwestern Ontario, I have been pulled aside by someone to tell me in a hushed whisper, “I agree,” or “I share your concerns.” But the implied consequence of not joining the “right team” is to be deemed an outsider, or worse, an enemy.

Yet, decisions currently being made for caribou habitat through the province’s forest management planning process fall outside the protections that would normally be offered to at-risk species (like boreal caribou) under Ontario’s Endangered Species Act (ESA). This is because forestry operations are exempt from meeting ESA requirements to protect and recover threatened and endangered species.

I find it difficult to remain optimistic in such circumstances.

But, here is what we know.

1. Boreal caribou populations across Canada are in decline and the latest surveys in Ontario indicate the same. They are listed as Threatened under both federal and provincial legislation.

3. In the most recent government surveys in Ontario, most caribou populations that overlap with forests managed for logging were shown to be decreasing. Some moderately, some significantly. However, in spite of this data showing their declining status, there are no current efforts for ongoing monitoring of caribou population trends in the province.

4. The long-term management direction for many forests that overlap with Ontario’s continuous caribou range are going ahead without any legal requirement to reduce cumulative disturbance – which are the combination of logging, fires and other habitat-clearing disturbances. There is significant evidence from caribou populations across the country that cumulative disturbance is the main driver of boreal caribou decline.

5. While forest operations have been exempt from key prohibitions under the ESA, the government has continued to allow expansion of human-caused disturbance into caribou range. Between 2011-2015, 486,800 hectares of new human-caused disturbance has been permitted in the caribou ranges that overlap industrial forestry. In terms of long-term caribou survival, our forests are heading in the wrong direction.

Right now, decisions are being made on forests managed for industrial logging that will impact ranges across Ontario, some of which are already considered unlikely to persist based on human-caused disturbance levels.

We will be calling on our members and supporters to press the government to get forest management on track to support caribou recovery. Stay tuned by joining our Advocates for Nature e-news community. We couldn’t continue our work without your ongoing encouragement and support. 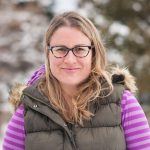 2 Replies to “Keeping caribou in Ontario”