It’s Up To Us Now

Some 450 scientists from over 50 countries agree that nature’s decline over the past 50 years is ‘unprecedented’ in human history, and list 1 million species at risk of extinction. Natural ecosystems have declined by 47%. 85% of our wetlands have been lost and more than 40% of amphibian species are threatened.

What Can You Do Right Now? 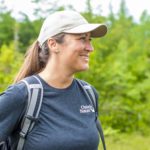