To submit your public events for consideration, email Noah Cole at noahc@ontarionature.org. Please send well in advance and allow up to two weeks for posting. Events must be submitted by a member group or run jointly with Ontario Nature.

Read our COVID-19 precautions for events.

You can use the search tool to find what you’re looking for with terms like webinar, Guelph and hike.

Queen’s Park Rally to Save the World’s Purest Water 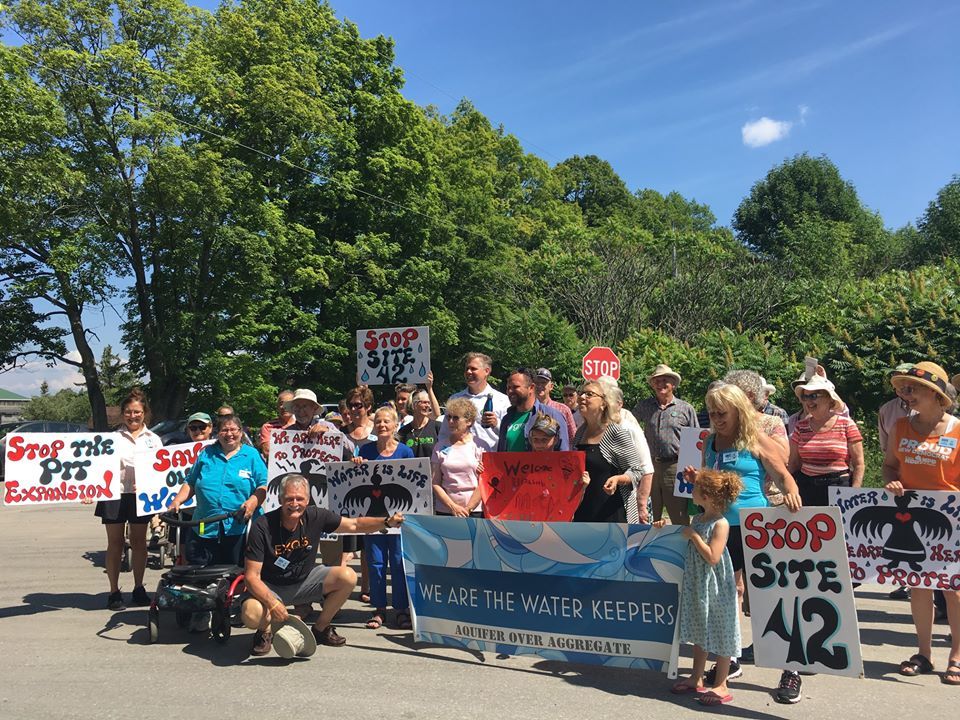 What: a rally to protect the world’s purest scientifically tested water. A gravel mining operation in North Simcoe has a permit to draw millions of litres of groundwater daily just to wash gravel. A second operation is seeking a similar permit. Both operations sit above an aquifer containing the world’s purest, scientifically tested water. Once compromised, this unique resource will be lost forever.

The rally organizers are not opposed to gravel mining. We just want the province to temporarily suspend these permits until we understand how gravel mining could affect the world’s purest water. A group of internationally recognized scientists is proposing a five-year study into how the natural filtering system above the aquifer works. This system includes the glacial gravel deposits now being mined.

Save our Water Tiny is a diverse group of grassroots organizations working to protect our water. The Alliston Aquifer supplies pure water for much of North Simcoe, and is threatened by two gravel mining operations. The aquifer is within the territory of the Anishinaabe, who have not consented to the removal of gravel here.

Subscribe to our email list so you can hear about upcoming nature events and raise your voice when nature needs us most.