The take-home message from the 2012 Ontario Wetland Conference, hosted by Ontario Nature and partners, is: Strong policy, good science and dynamic communication strategies will improve the state of Ontario’s wetlands. And yes, despite the loss of more than 70 percent of southern Ontario’s wetlands in the last 150 years, there’s hope.

As I pulled into Toronto’s Black Creek Pioneer Village parking lot, I glanced up as a hawk soared overhead, a simple reminder of the resilience wild species show in a changing landscape. At the conference, I joined a diverse group of nearly 200 participants from Conservation Authorities, government agencies, Non-Governmental-Organizations and other engaged citizens on World Wetlands Day to discuss the history and future of Ontario’s wetlands. No meeting on this scale had been held for more than 20 years in Ontario, so there was a lot of ground to cover.

I was heartened to hear about some successful conservation actions happening right now in Ontario. Dave Reid gave a great talk on the ALUS project in Norfolk County where farmers directly benefit from allowing unproductive farmland to return to natural habitat. He cited some shining examples of farmers creating wetlands on their properties, which had local and regional environmental benefits.

Whether between scientists and landowners or concerned citizens and policy makers, communication was a recurring theme. Owen Steele from Ducks Unlimited Canada argued convincingly that, in order to engage landowners and to protect privately owned wetlands, scientists and government agencies need to speak the public’s language. Steele echoed keynote speaker, Dr. Paul Keddy’s suggestion that the bottleneck in conserving wetlands is communication. He felt that while sometimes more research is called for, we are now at the point where the science has to be made accessible to practitioners and landowners who can put it to good use.

Looking at wetland policy, Dr. Anastasia Lintner of Ecojustice assured us that the Greenbelt region’s wetlands are well protected. Dr. Barry Warner, of the University of Waterloo agreed that some policy efforts have been effective, but he noted that we continue to see the loss and impairment of wetland function in southern Ontario. A joint report by Ontario Nature, Ducks Unlimited Canada, Ecojustice and Earthroots  Protecting Greenbelt Wetlands: How Effective is Policy? found that while legislation has significantly improved the level of protection for wetlands on the Greenbelt, some gaps remain allowing for the continued loss and damage of wetlands.

One of my personal highlights of the day was meeting and tapping into the knowledge banks of so many conservation professionals. The wetlands conference was an amazing opportunity to draw from the experiences of this group and I can’t wait to hear what’s planned for 2013! 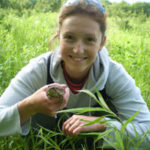