Strings of Christmas lights and a disco ball added lighting effects from the ceiling. For most of the next month, he would trade up for overhead stars and northern lights while touring his album by canoe across Ontario.

Ross’ eighth album, Wild Ones, is a tribute to Canada’s endangered species. Ross says he thought it would be fitting to link six concert dates between Parry Sound and Ottawa as part of a 700-km canoe trip.

“I don’t like to lecture my audience, but art can be self-indulgent and I like the idea of paying tribute to important things,” says Ross. 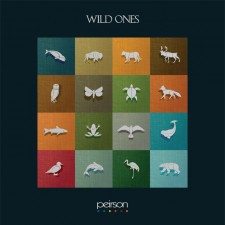 Sixteen of Canada’s endangered animals grace the album cover. What’s more, proceeds from most of the shows will be donated to conservation groups chosen by the concert venue owners, including Canadian Parks and Wilderness Society, Ottawa River Keeper and Georgian Bay Biosphere Reserve.

An upcoming performance on July 10 at the Patagonia store in Toronto will be a fundraiser for Ecojustice. Described by Ross as “lawyers fighting the good fight,” the environmental law firm is currently acting on behalf of Ontario Nature to appeal a provincial regulation that would exempt many extractive industries from observing the Endangered Species Act.

Ross says he grew up canoe tripping but hadn’t done an extended trip in 15 years. When the time for another Canadian tour came up he thought, “Why not schlep along a portage trail?”

Paddling stern on the trip was Frank Wolf a filmmaker who Explore magazine named as one of the 10 top adventurers in Canada in 2012.

“It was all going, no showing, with Frank,” explains Ross of the tripping style that saw them regularly top 30 kilometres of upstream paddling and portaging per day, sometimes paddling until 10 p.m. to stay on tour schedule.

Still, Ross says the rigour left him with more energy to perform compared to European tours where he subsists on beer and schnitzel.

Instead, it was fresh hemlock and spruce tea for Ross as he supported his album that supports wildlife.

“Paddling through these areas, it was nice to think we were giving something back,” says Ross.