There are more than 100 Christmas Bird Counts in Ontario planned, of which more than 65 are affiliated with our Nature Network groups. This year, because of its diverse overwintering species and diverse habitat, I chose to volunteer and participate in the St. Catharines Area Christmas Bird Count, coordinated by members of the Peninsula Field Naturalists.

Our team had an 8 a.m. start, from Vineland, Ontario. Beginning the day at -2 Celsius, there was three inches of snow and a thin ice crust.

This dark-eyed junco was seen early in the day bouncing along the snow below a feeder.

At around 9 a.m., I spotted a remarkable flock of 100 snow buntings.

A Cooper’s hawk in an icy thicket. 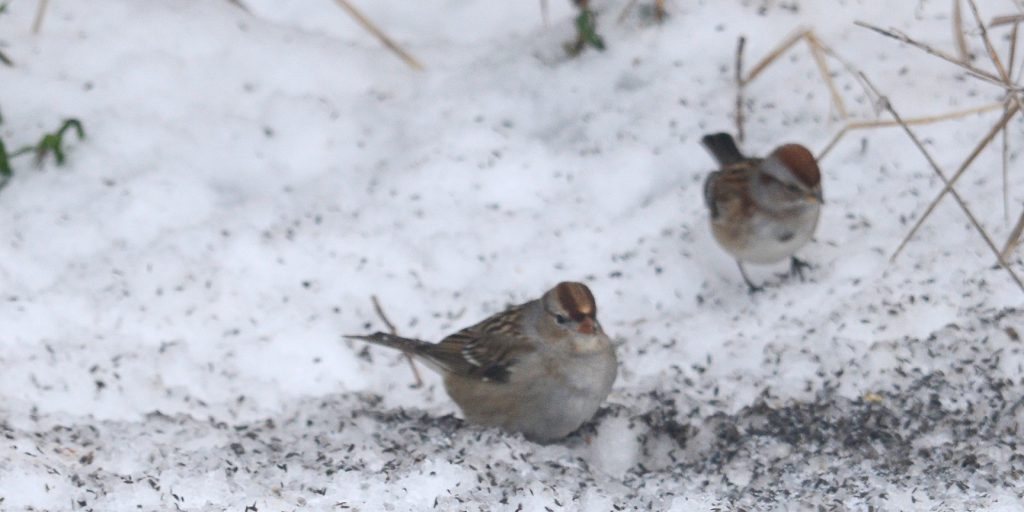 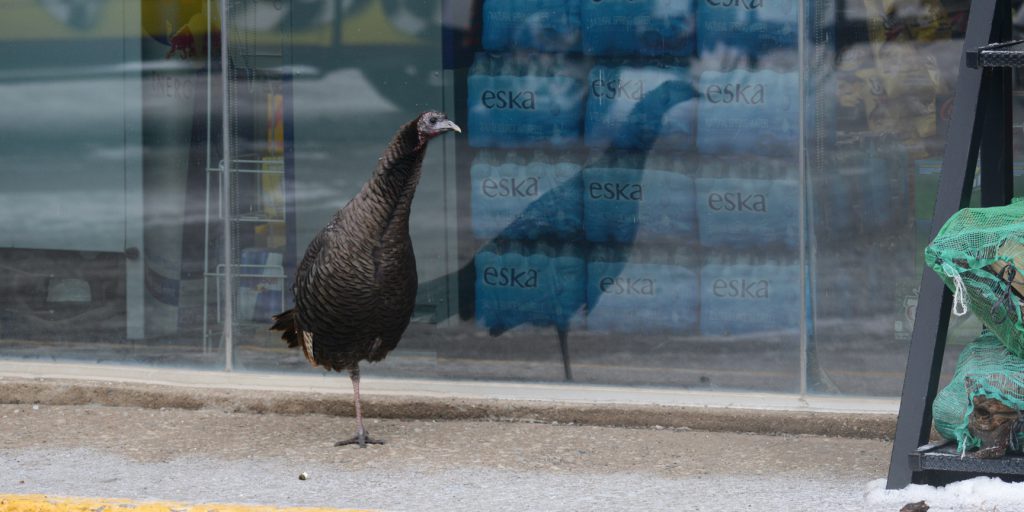 Apparently, this wild turkey had been around our rest stop for several weeks – widowed after its mate had been hit. Hopefully, it will have found a new mate by spring.

These horned larks were feeding on grains in a field as a weather system brought in falling snow. 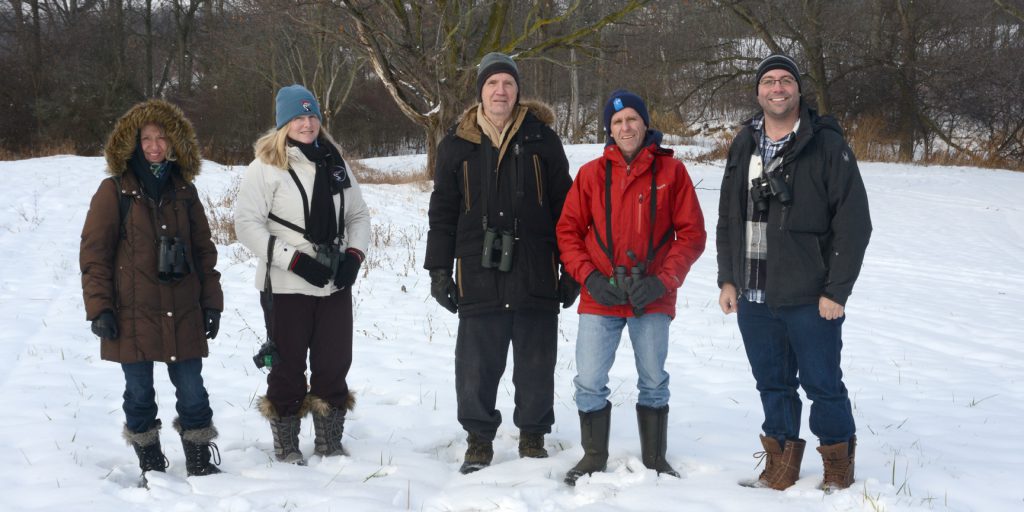 A red-tailed hawk surveyed a field, nearby flocks of snow buntings and horned larks in adjacent fields.

By the end of the day, we were all truly glad to have met. We went to a local diner for lunch and talked about the many interesting birds we had seen and the natural history of the area. In the course of our searches, we looked for local ring-necked pheasants but did not find any. At a nearby bird feeder, though I didn’t have the chance to see it, a few in our group saw a tufted titmouse. Thanks to the many memorable sightings, we were a contented group indeed.

The St. Catharines and Vineland areas are excellent places to go birdwatching. All in all, we saw 33 species, including: